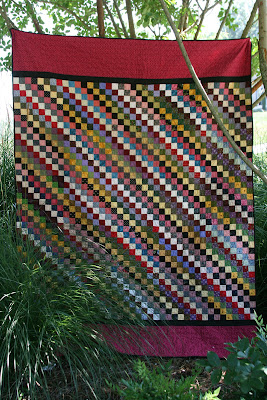 It's called ONE WAY TICKET, because it's a trip around the world block but they are all set going the same direction. Maybe it's just the former flight attendant in me, but I think it's kind of clever.  :) 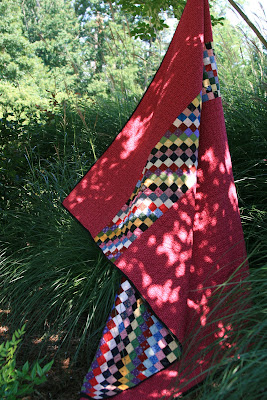 Don't you just love how the sunshine is playing on the back of it in this photo?

I taught this block as a workshop in January and then just kept making blocks. I really didn't have a plan when I started, so when I pulled the blocks out a few weeks ago, I got several differing opinions and decided to go with the method I had not tried before. I like the borders on two sides only because it makes this a perfect twin size quilt (we always need those for sleepovers around here!) 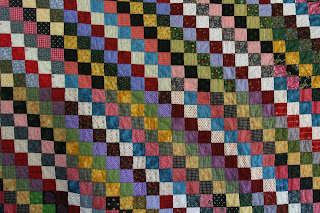 I quilted a simple on point grid in the borders and in-the-ditch straight lines in the blocks. I used a great variegated thread called Napa Valley Wines but it matches so well it's hard to see. Hmmph. Good that it matches and bad that my work is not visible. 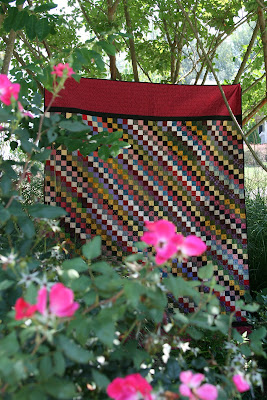 Like I always say...DONE is better than PERFECT. And it's certainly good enough for me!
at June 26, 2012

Email ThisBlogThis!Share to TwitterShare to FacebookShare to Pinterest
Labels: One Way Ticket