Am I the only person here addicted to pinterest? Obviously not, because every time I check the site there are a bazillion new pins. I've been pinning away for quite some time now. I've gotten my book club buddies addicted to pinning, I've even talked friends into joining facebook just so they could play on pinterest. What can I say? I like lots of company!

So I tried two different projects I have seen pinned lately. I've seen multiple versions of both and then just sort of made them from memory (or I would totally give credit where credit is due, but these are so common...) You get the idea. Just search for either one and you will find a version that appeals to you, no doubt! Or follow me by clicking on the pinterest button to the right. 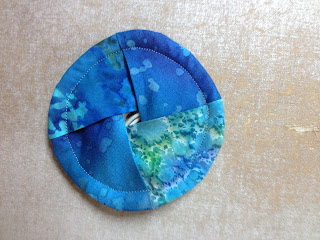 The first is what I'm calling my ear bud buddy. It started out as a coaster in it's original version, then someone suggested it could be used for corralling earbuds in your bag, to keep them from getting tangled. I loved the idea and had some leftover squares of fabric, so here's how I made it. 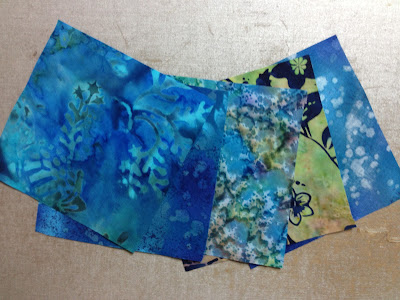 I used six squares of fabric (about 4-5") and one square of batting a bit larger. 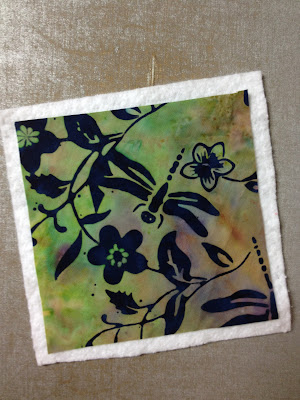 Then I layered the backing square on top of the batting. 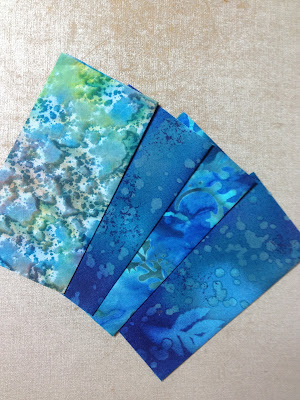 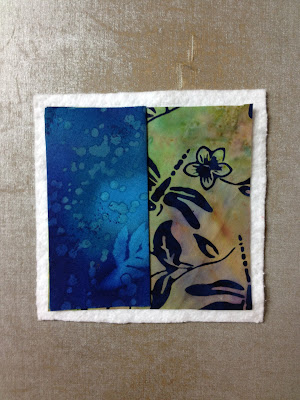 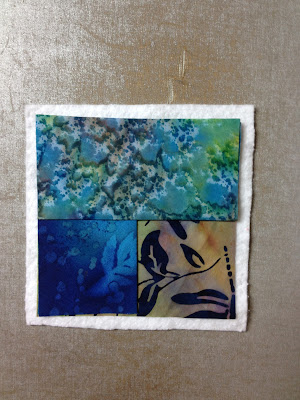 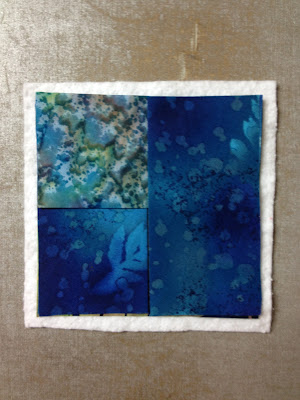 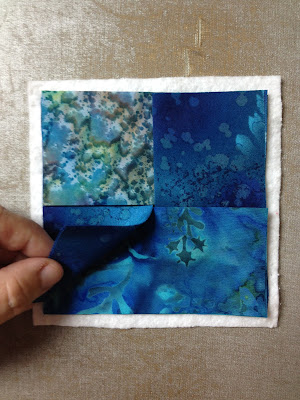 And layered them one by one on top of the backing/batting. 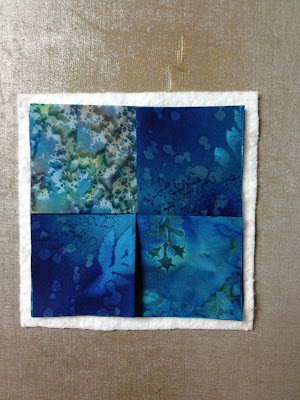 Tucking the last one under the first, so they all overlap. 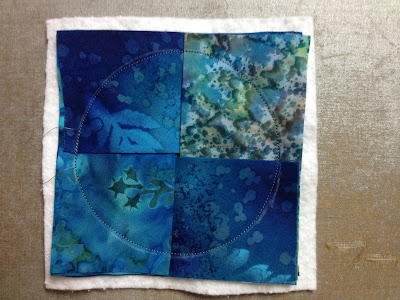 I traced a circle onto the layers. 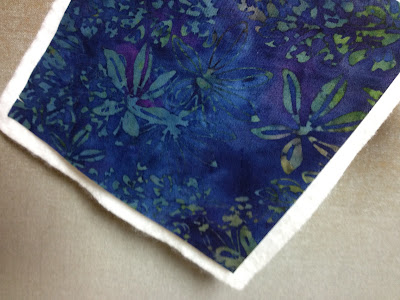 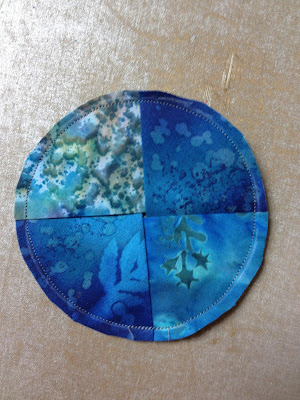 I stitched along the marked circle and trimmed the excess away about a quarter inch. 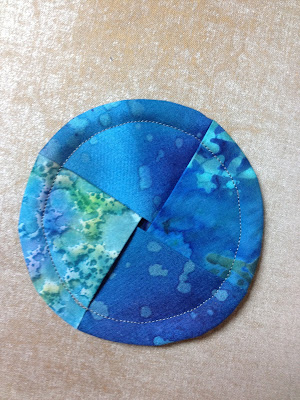 I flipped the whole thing inside out. Pressed the layers flat, and stitched a finishing seam a quarter inch around the edge. Here's the back... 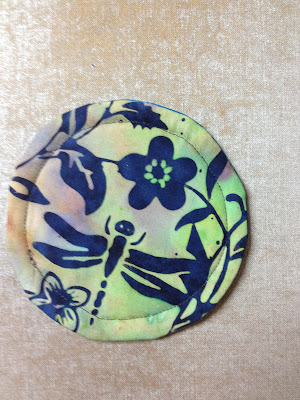 ﻿
The opening is in the center, just insert your ear buds... 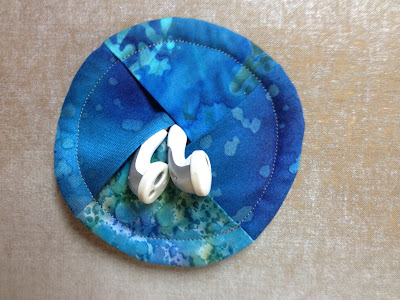 And then for my next project, I used a circle punch to punch two pages of scrapbook paper. I used adhesive tabs to layer them right sides out, sandwiching a thread in the adhesive. I spaced the circles about five inches apart. Now I have a little garland for the mantle. This probably took 20 minutes only because I punched way too many circles. But I love the result! 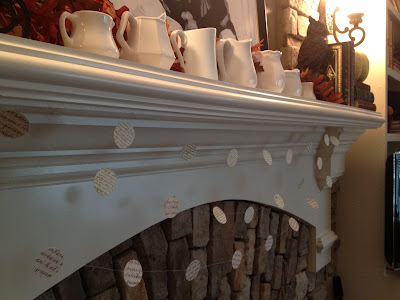