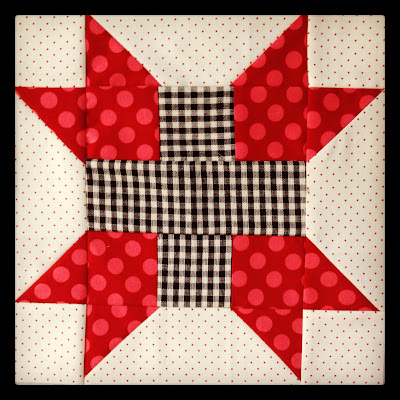 Anita posted another block for our Random Sampler sew along group. It's based on the sampler quilt found in Gwen Marston's book Liberated Medallions.

This is SO FAR OUT OF MY COMFORT ZONE yet I wanted to participate so badly. It's just that I've been an admirer of Gwen's for years! I've always wanted to try her methods, but just never felt like I could be successful. Not that she's not a great teacher...I just lack confidence!

So when Anita started this group (I've been an admirer of her's for quite a while too!) I realized this was a chance I couldn't pass up! So in the spirit of this group, which has an amazing gallery of photos over on flickr, I decided to also try my hand at my very first "liberated" star. It actually went pretty well. I only had to rip one seam! 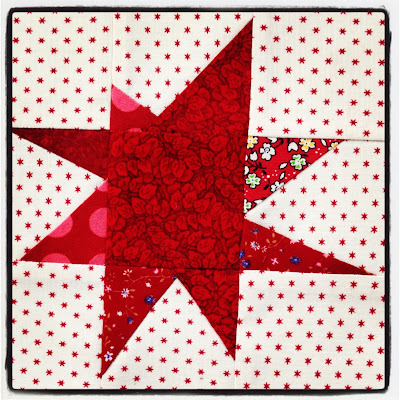 But look at the mess I made! 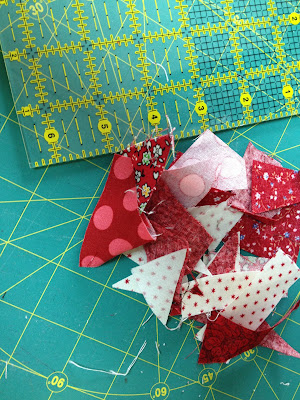 It was worth it!