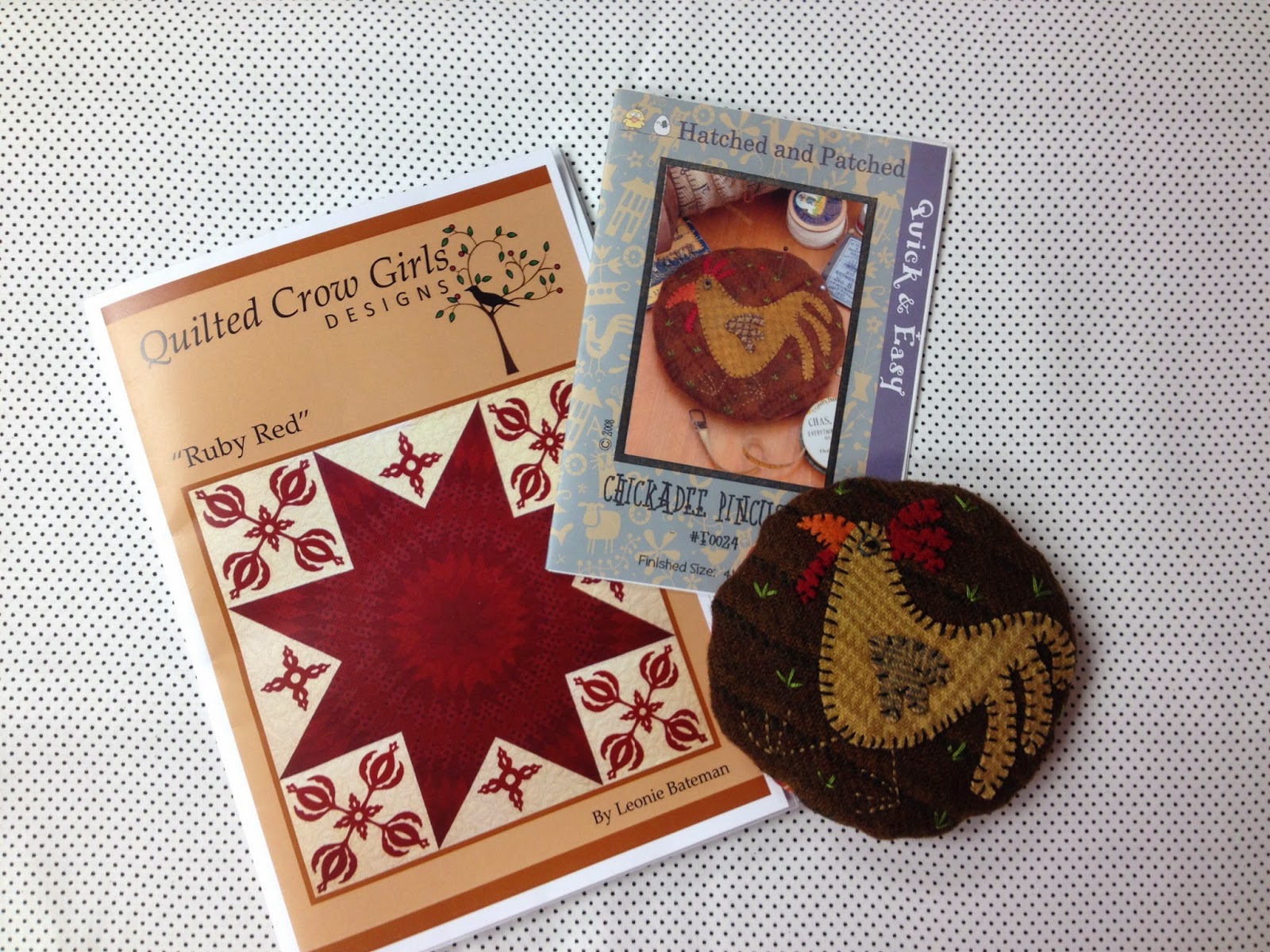 I was lucky enough to sign up through my local guild, for a pen pal almost 20 years ago. It was my good fortune to be paired up with another Diane (and her last name is my mother's maiden name) so it was obviously meant to be! In the almost 20 years we have been sending letters, emails, photos and gifts, lots of life has happened. Between the two of us, we've moved houses 3 times, given birth five times, changes jobs 4 times and I am sure I've forgotten to include a few other biggies. :)

One of the best things about Diane is that she and I have a very relaxed pen pal status. We go for regular periods of emails and photos, etc. and then we can go months without corresponding. But we always are thinking of one another and it's fun to send and get surprises. Last week she surprised me with a package of lovelies. I was so happy to see a squishy envelop from her in my box! She sent me a pattern and a kit (which I put together that very night!) and cute cap from Bondi Beach which my teenage daughter immediately snagged. She promises to let me borrow it, LOL.

I keep threatening to come visit her in Australia one day. Let's hope one day is sooner rather than later. I just wish is wasn't so far from Georgia to NSW. Sigh...I'm just really thankful to have her as a friend and to know how patient and kind she is. I look forward to sending and receiving sweet surprises for another 20 years.

Thanks Diane, as always, I LOVE the things you sent and the note!