September Mini of the Month 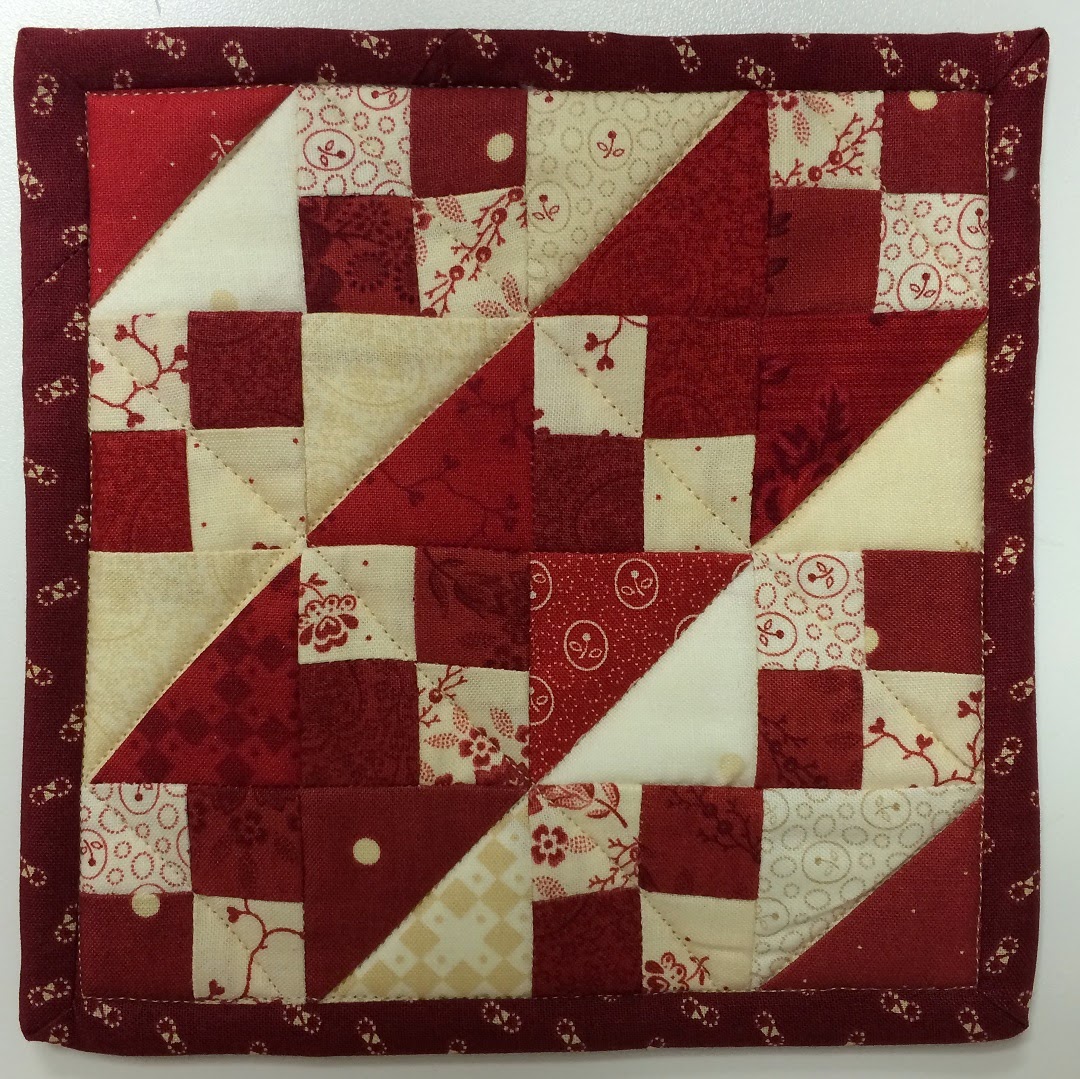 This month's mini is a super tiny 6 1/2" square. I based it on my Mardi Gras Memories quilt but chose two colors instead of three. I also shrunk the block so that I could use a mini charm pack. I only made four blocks and no borders so this is the perfect size for a hot pad or mug rug. I put two layers of batting in mine so that I could use it for either purpose. 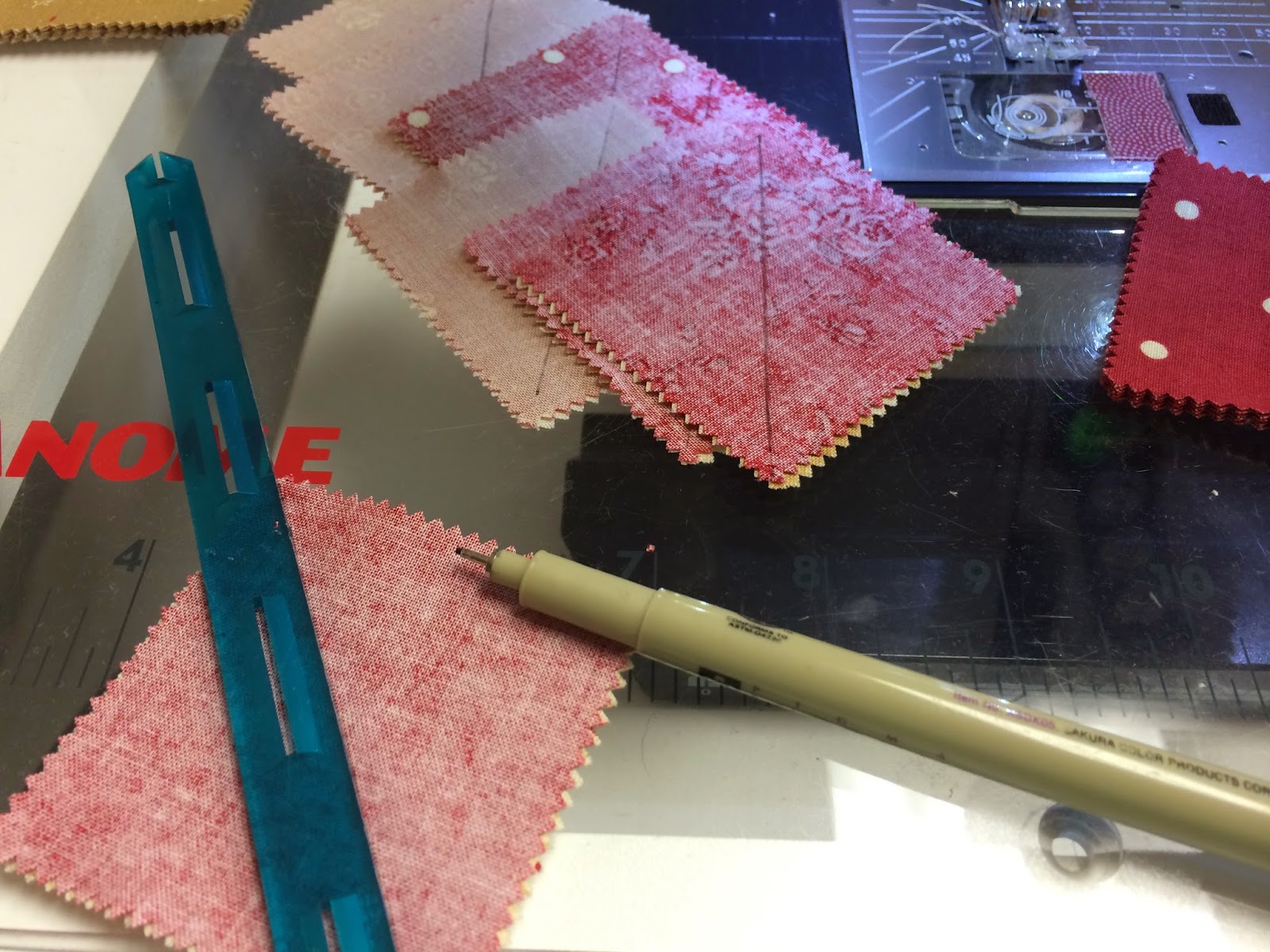 I layered a red square on top of a white one and marked a line on the diagonal. I sewed on the drawn line, cut away the excess on one side and pressed toward the red. I trimmed the blocks to 2". I made eight of these. 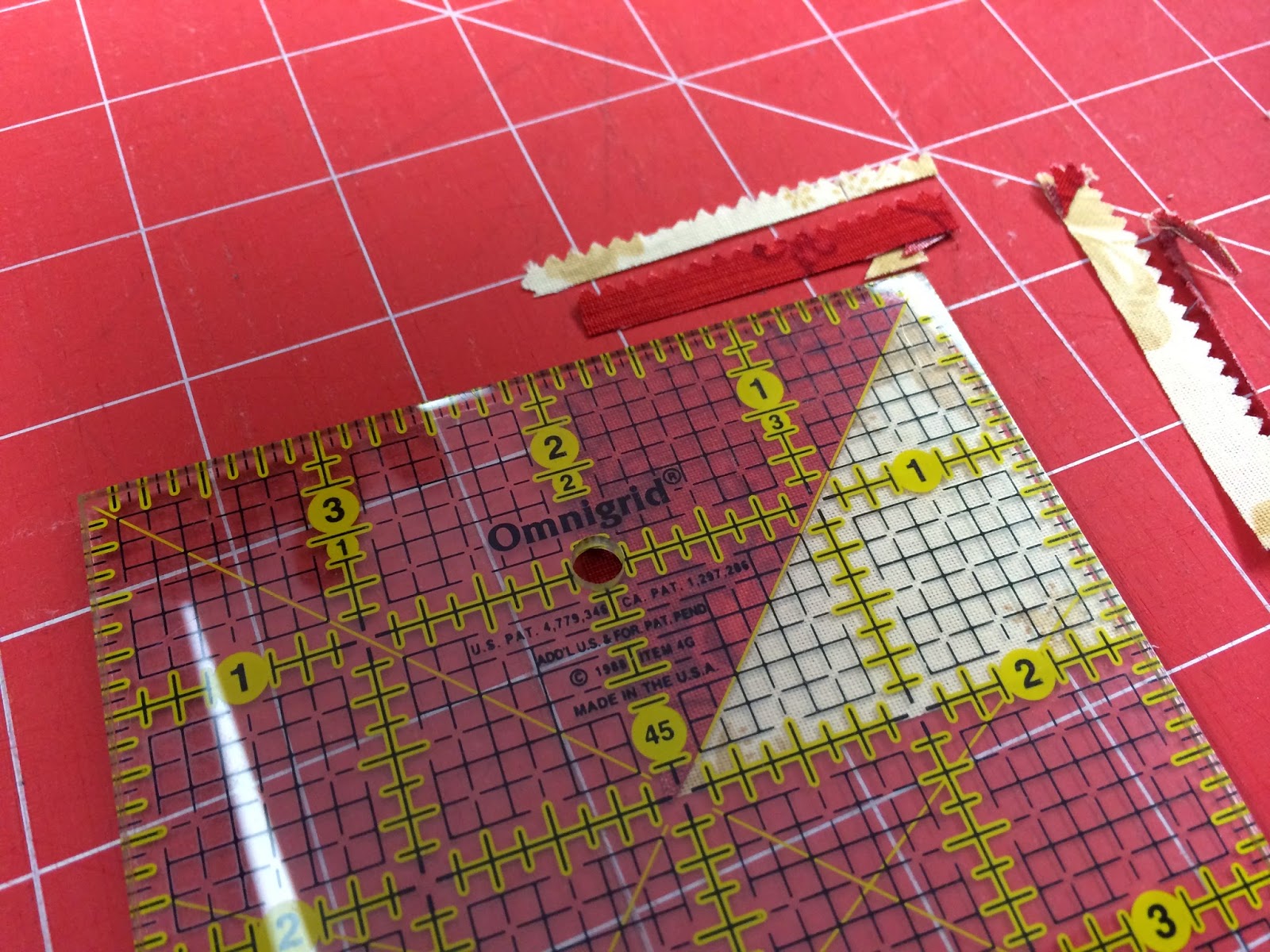 Then I made the four patches. I cut the squares in half down the middle. 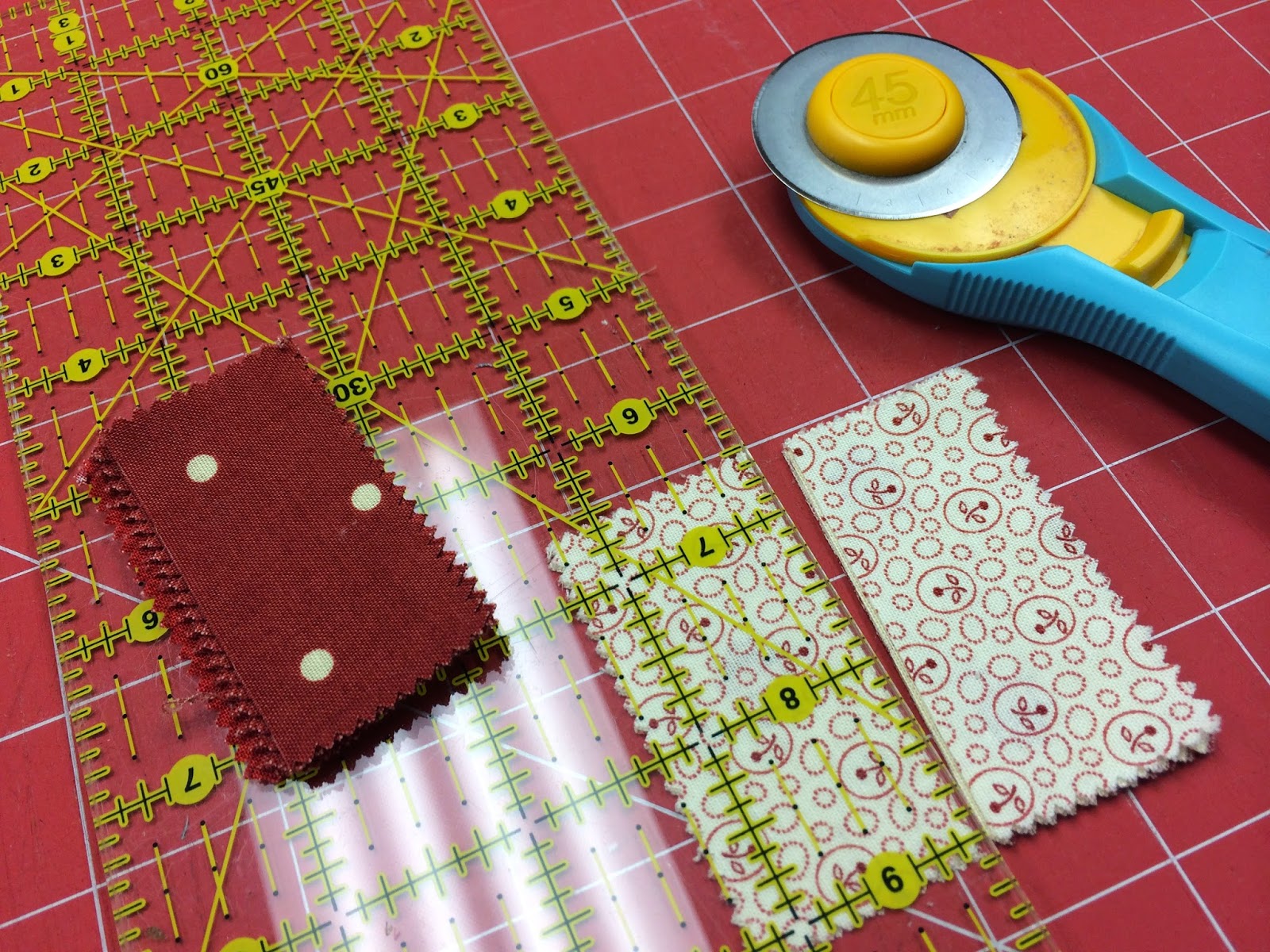 Then I layered the strips right sides together with a red on top of a white. 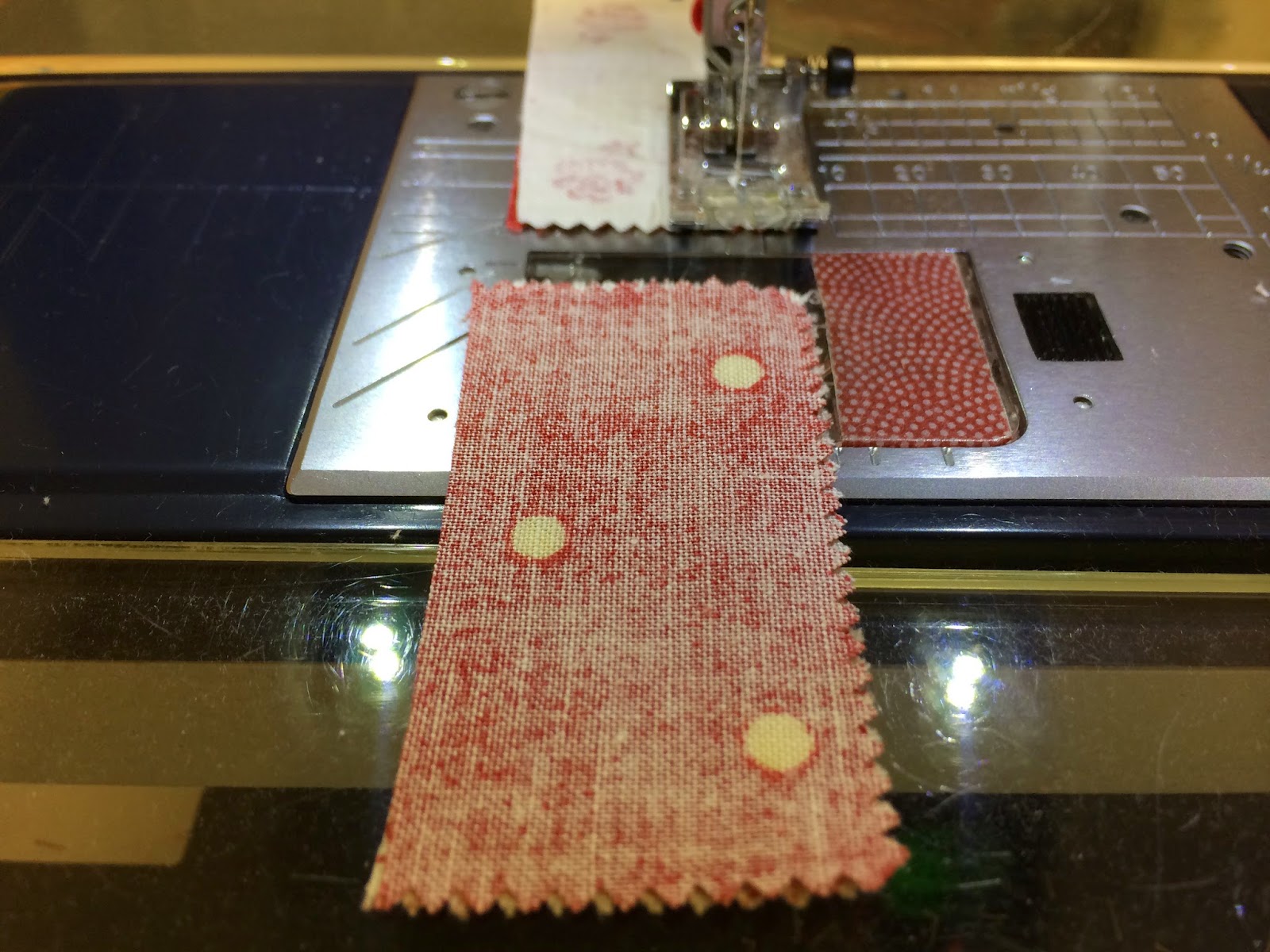 I sewed the strips together along one side using a quarter inch seam allowance. 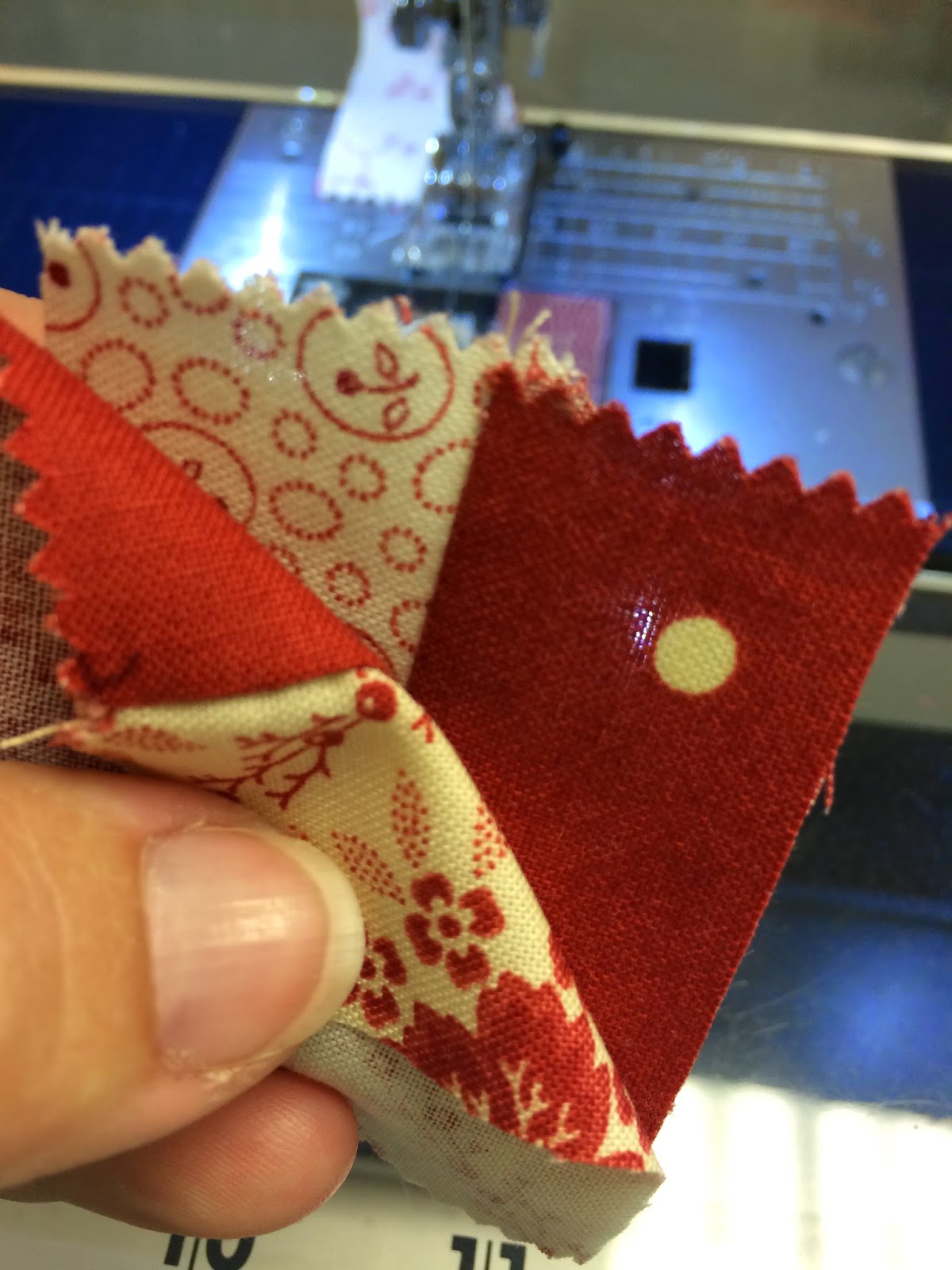 I finger pressed toward the red and layered two sets together alternating red facing white and white facing red. I sewed along the end, using a quarter inch seam allowance. 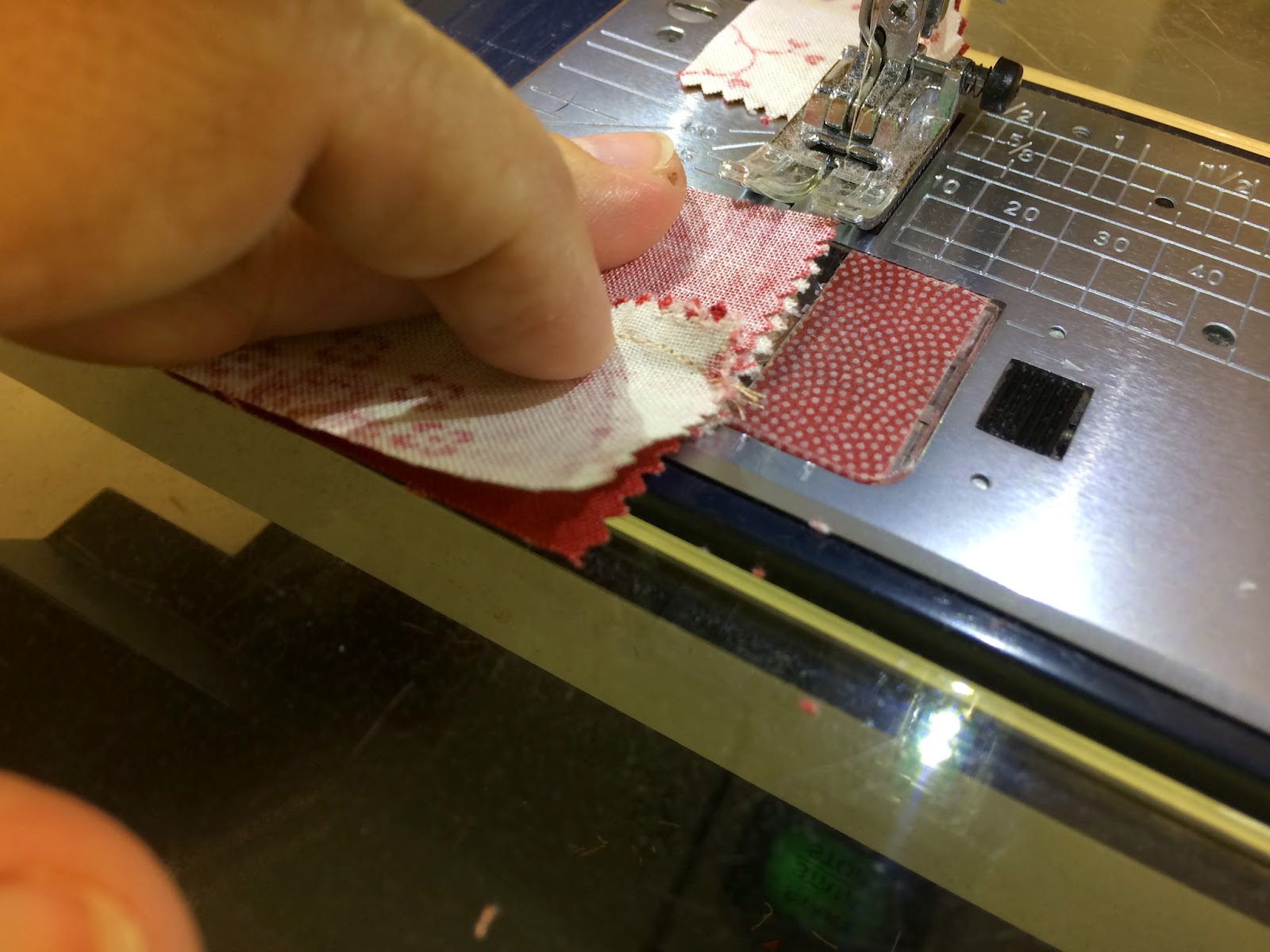 See how I nested the seams together so that they would meet perfectly? 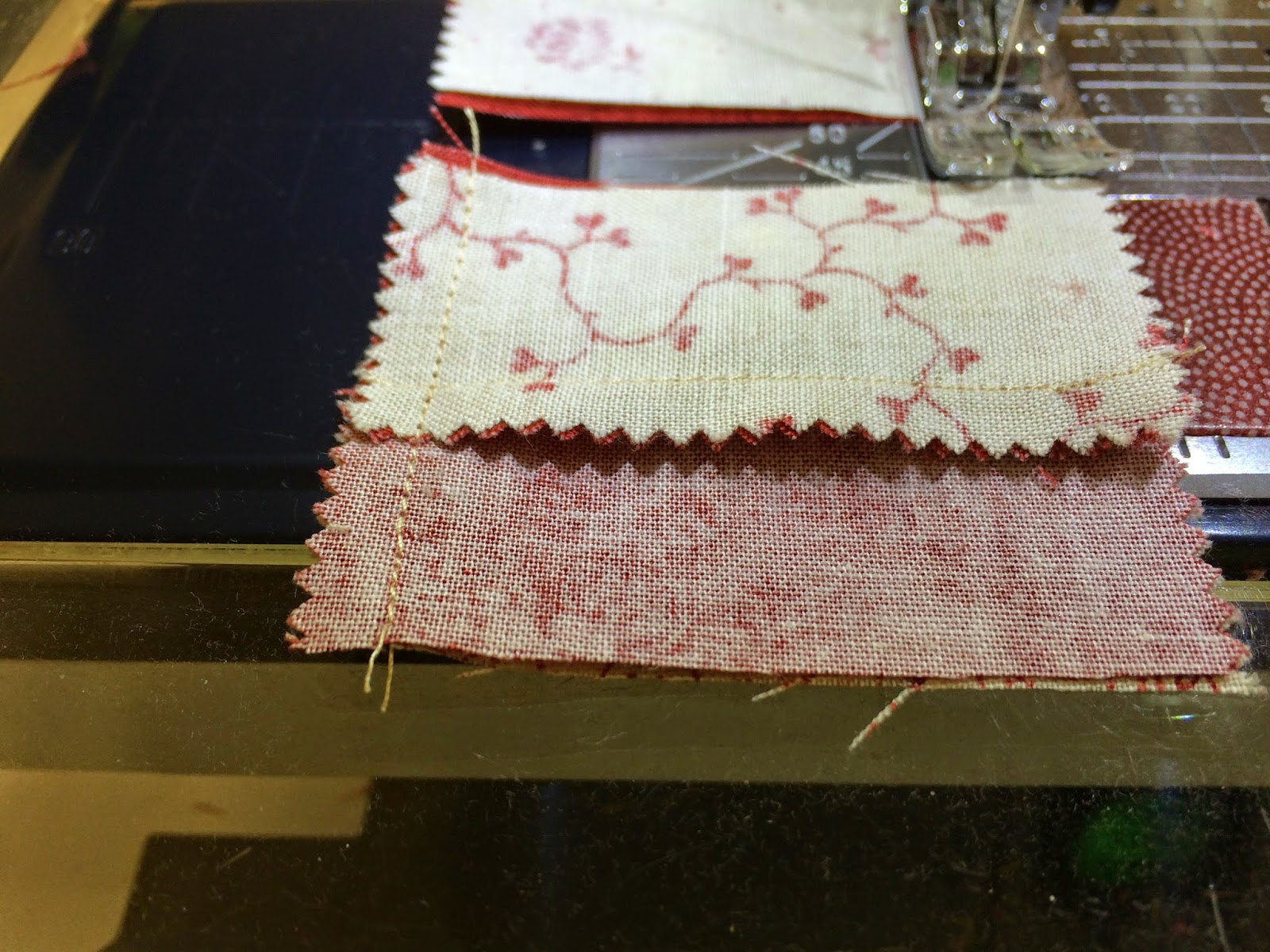 Then I did the same thing at the other end. 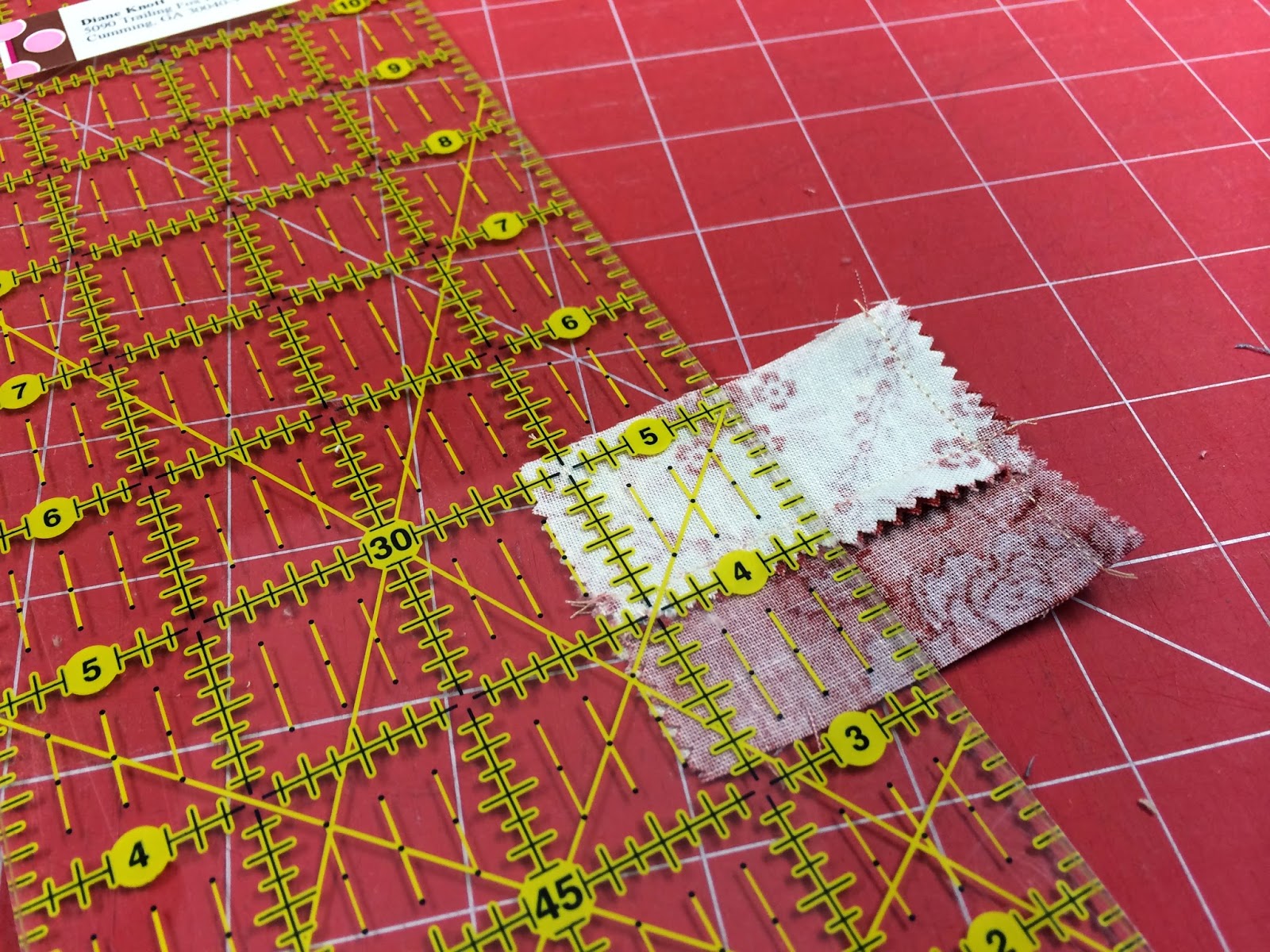 I cut these units in half, and finger pressed the seams so that the intersection lay pinwheeled to reduce bulk.

These four patches were 2" square now. I also made eight of these. 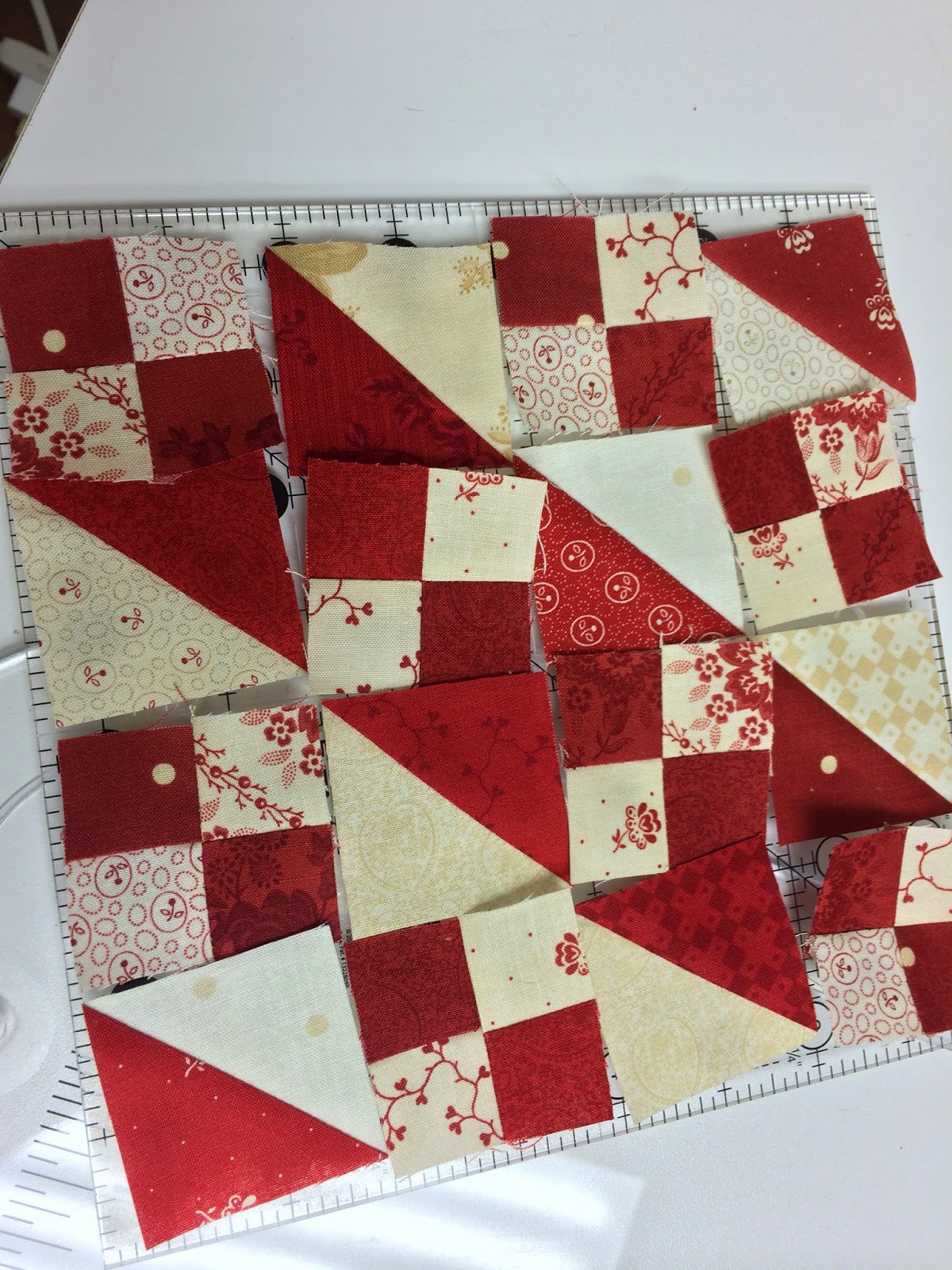 I laid them out in the design I liked. Play with it and see if you like a different arrangement. 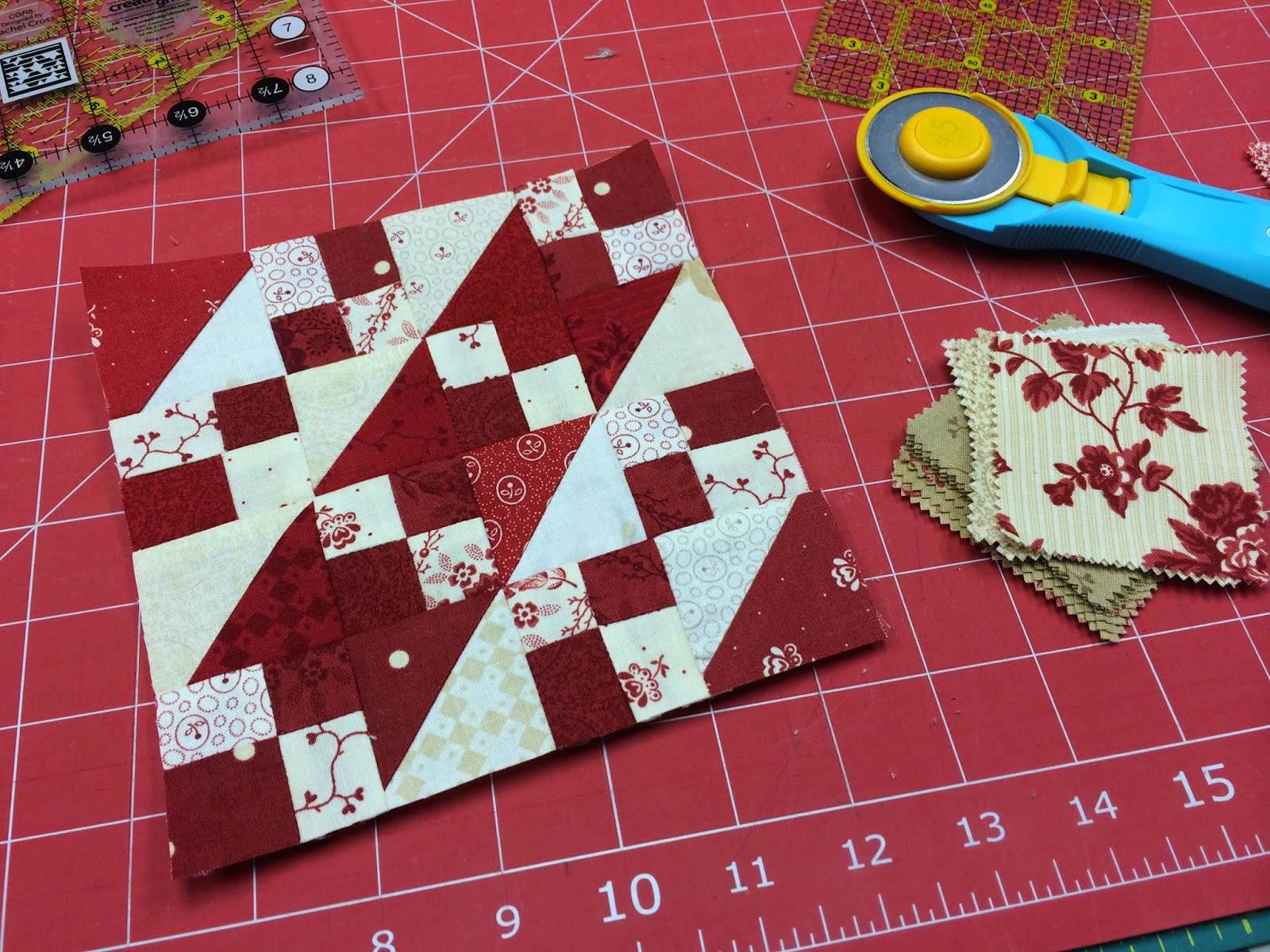 For the backing I simply made a nine patch from leftover squares. 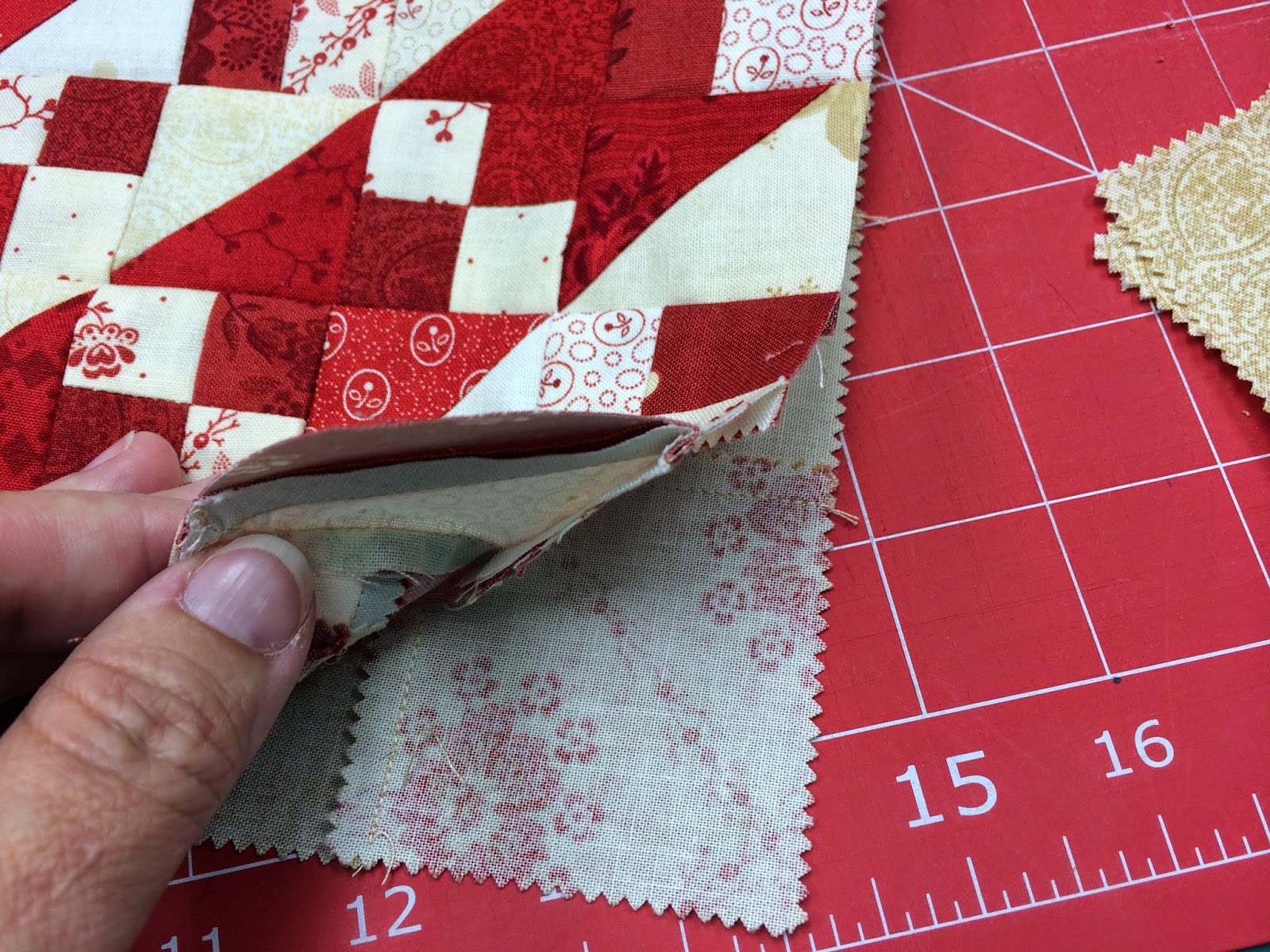 You can see that it is the same size as the top. I layered two pieces of batting and quilted very simply by machine. I added a single fold binding and machine stitched it down as well. 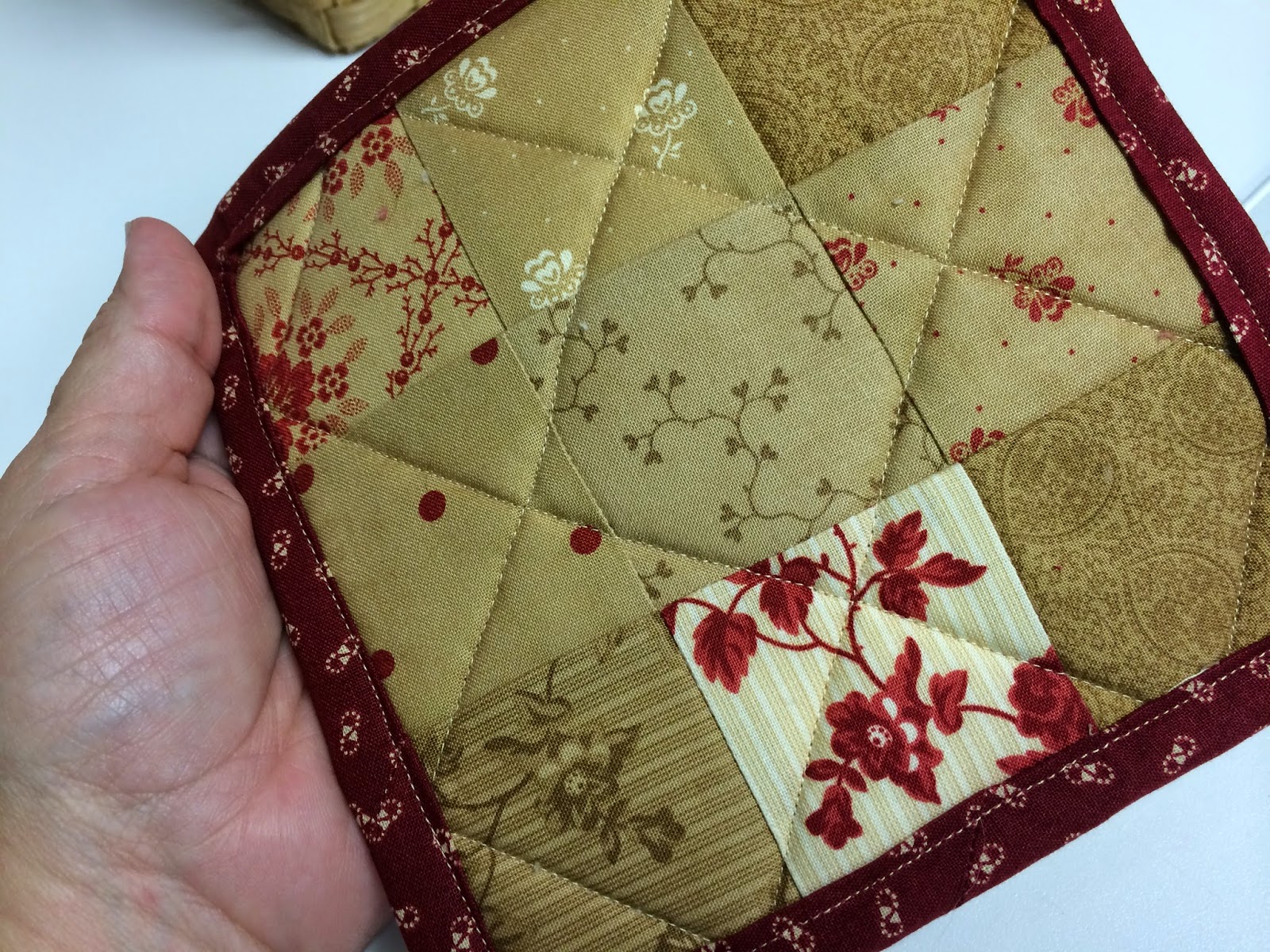 You can see the quilting lines from the back. 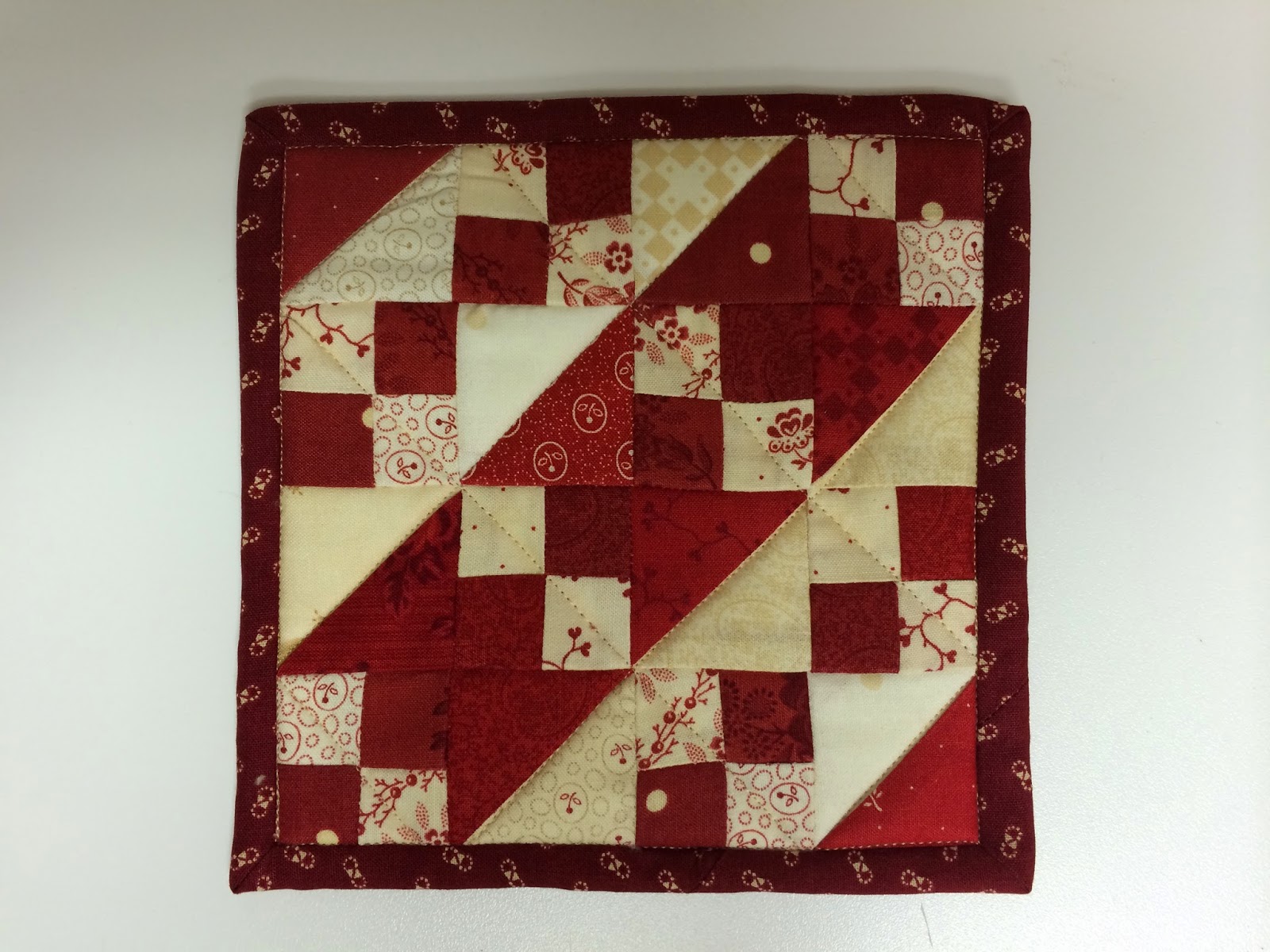 How easy is that!?! It took me about an hour at the most.
I still had plenty of squares leftover from my mini charm pack.

Quick Review:
Make 8 HST from 8 red and 8 white squares.
Make 8 four patches from 4 red and 4 white squares cut in half.
Units will measure 2" before sewn together, the block will be 6.5" finished.