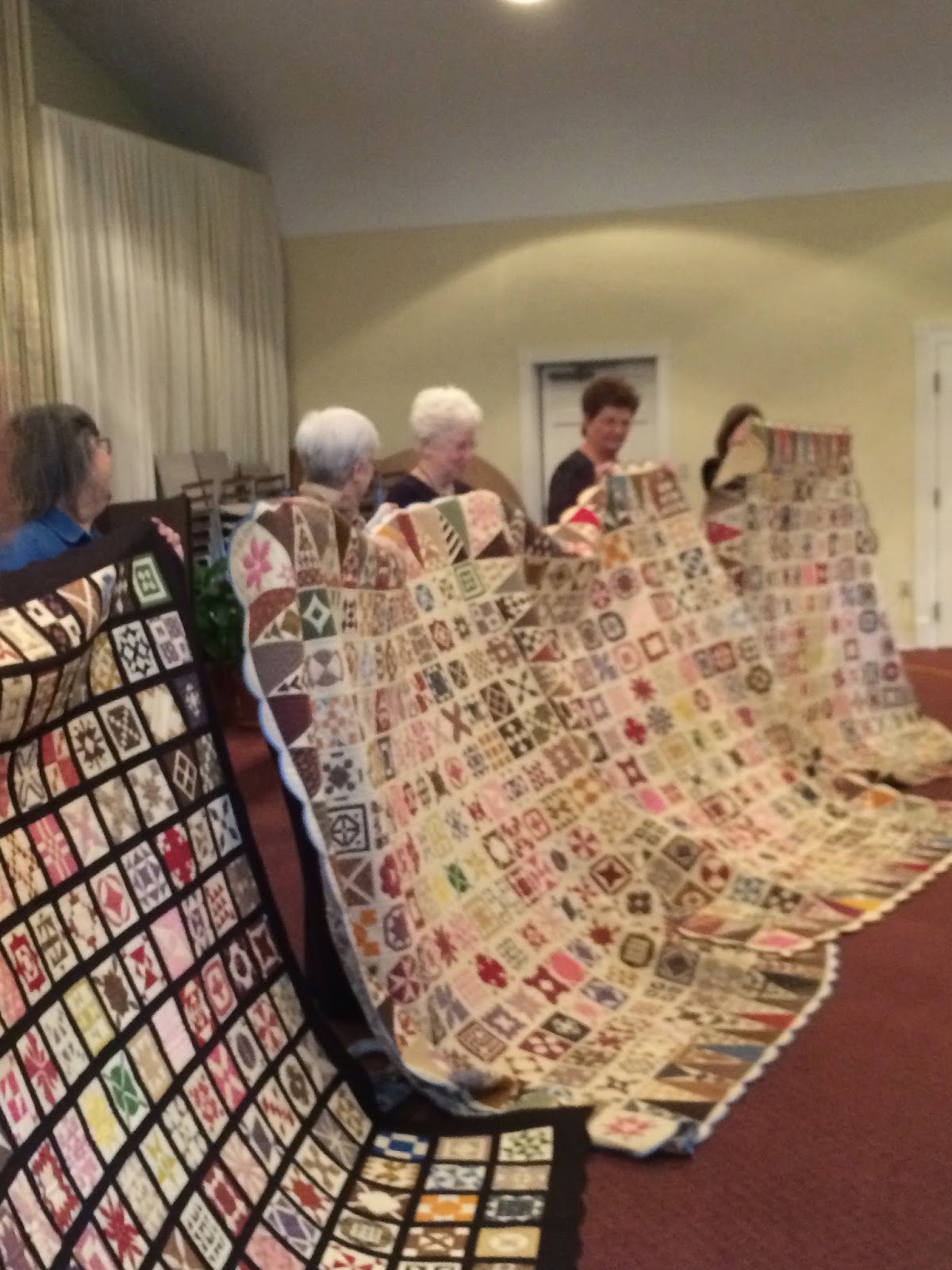 (left to right: me, Mary Ruth, Jane, Marilyn and Cindy)

Yesterday was a wonderful day! The four Dear Jane quilts that are all made from the same blocks got to meet one another for the first time. We had a reunion. The story began like this...

In 2003, an amazing lady named Jane Buckwalter gave a presentation on historical quilts up to and including the civil war. The program she presented featured a lot of wonderful information and dozens of gorgeous quilts. One of those quilts was her "Dear Jane" quilt. 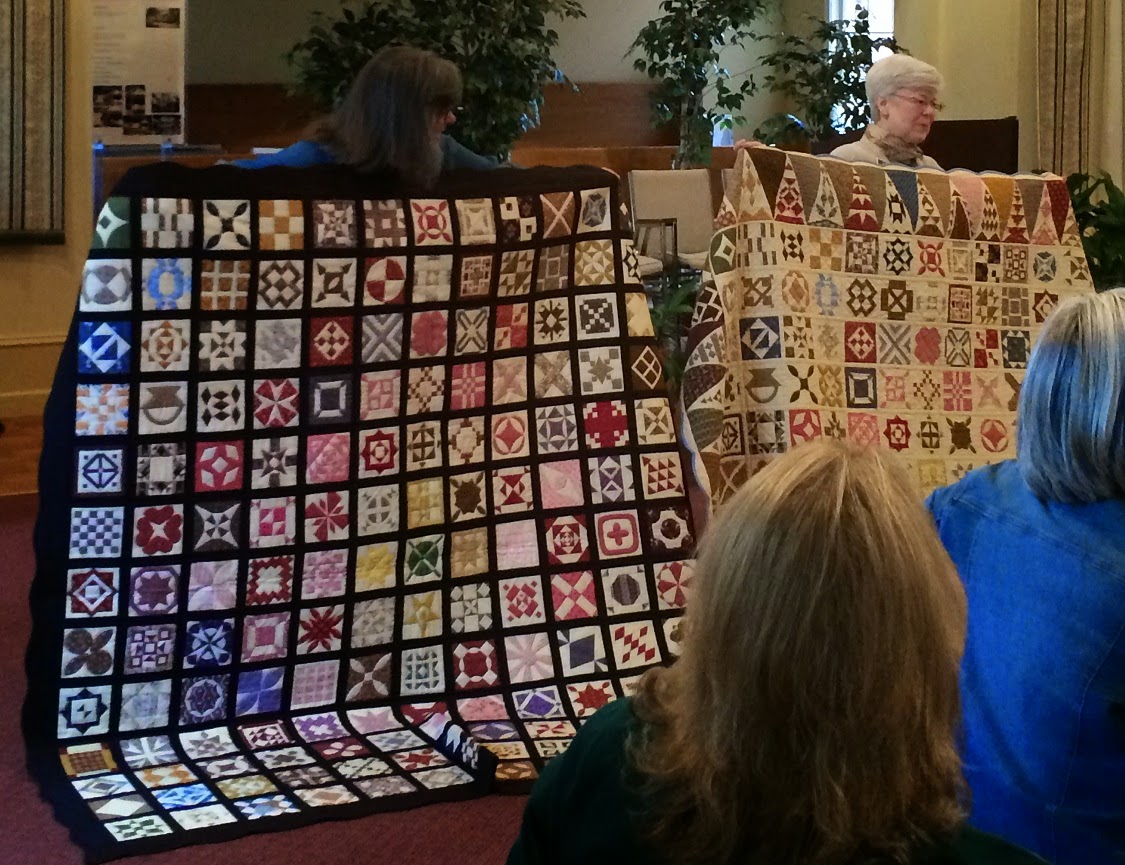 A dozen of us were so inspired that we set up a support and swap group to make and exchange blocks. We each ordered a bolt (yes a whole bolt) of the same background fabric. We then decided that each member of the group would make one block for each member so that once we swapped we would all have identical sets of blocks.

About three months later, we were down to a group of six. Then not long after that, just four. We called ourselves the final four and we were totally committed. We met once a month to audition fabrics (to be as close to the original as possible) and to decide who would make which block. We would make our sets of blocks every month and meet at one another's homes to swap and eat lunch. We are quilters after all, can't sew on an empty stomach! 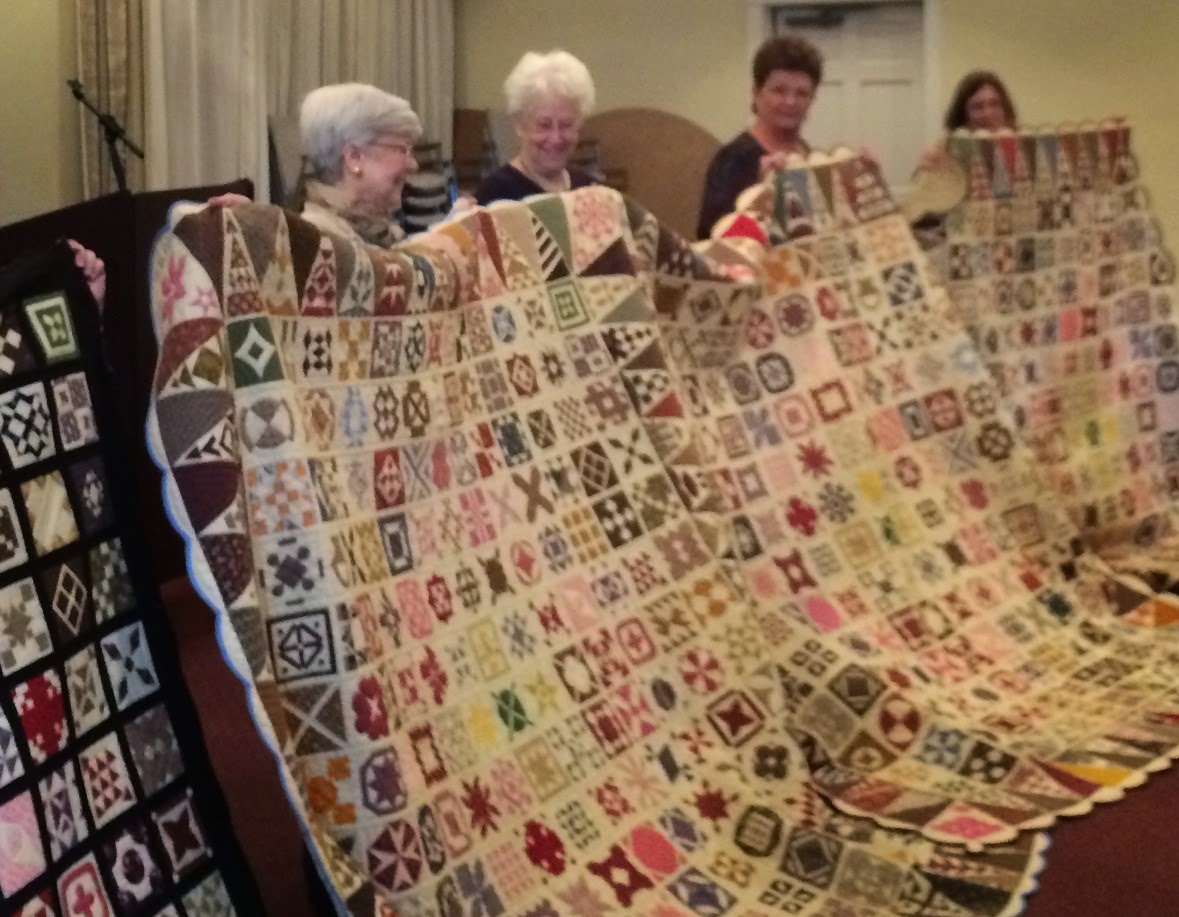 Yesterday, Jane Buckwalter was coming back to our guild for another presentation, so we surprised her. We gave her all the blame credit that she so deserved! She was thrilled and we finally had a chance to thank her for her inspiration. It was the first time all of the finished quilts were together.

The thing I love best about my "Dear Jane" is that my friends stitches will always be in it. I will cherish the memories we made and the life that occurred while we stitched and swapped.

And after the meeting, we went to lunch of course! I love traditions.