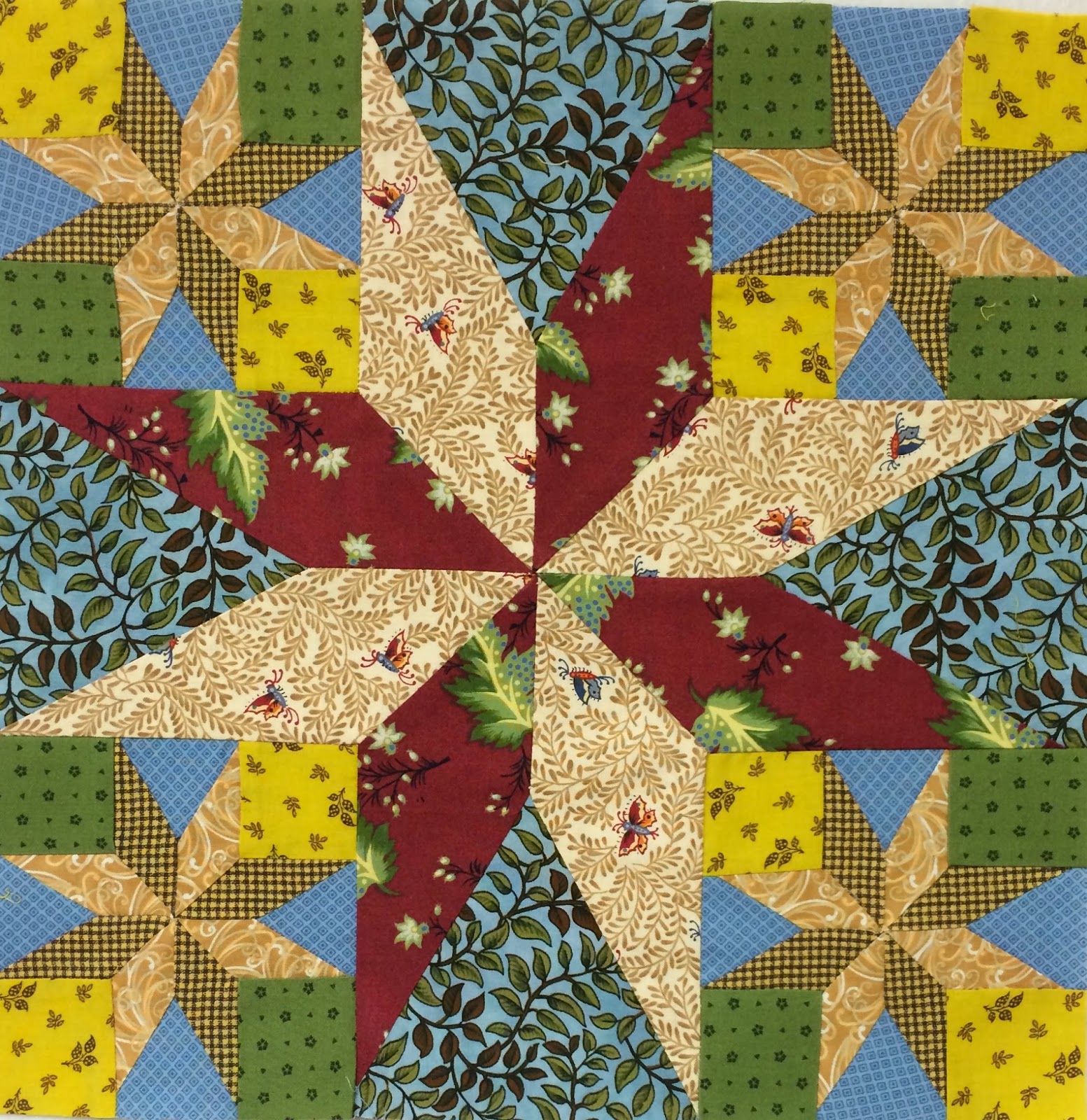 Last night I pieced the center star block for the 1718 quilt. It went together surprisingly well and there was no ripping needed. I had planned on it being much more fiddly, but it truly went better than anticipated. I made freezer paper templates by tracing the small star pieces. I then used those templates and cut out what I needed by adding a 1/4'' around them. I sewed a star point to a background blue, stopping 1/4'' away from the end. I just eyeballed it. I repeated the other star point the same way. I then sewed the point pieces together starting from the ends and sewing toward the intersection. Again, I stopped 1/4'' away from the end. I finger pressed these units. I then sewed the corner squares onto each of the point units. Always sewing from the outside of the block toward the intersections, stopping 1/4'' before the end of the fabric. After joining these units together, the only thing left was to sew a seam across the center joining the star points. That was easy enough, starting and stopping 1/4'' away from the ends. I backstitched at every stop. I then took it all to the ironing board, gave it a good squirt of water from the back and pressed from the back to make sure all my seam allowances did what they were supposed to do. Then I flipped it over and gave it a good press from the front as well. Shockingly, no trimming was needed and they were then added to the large star in the same way they had been pieced. 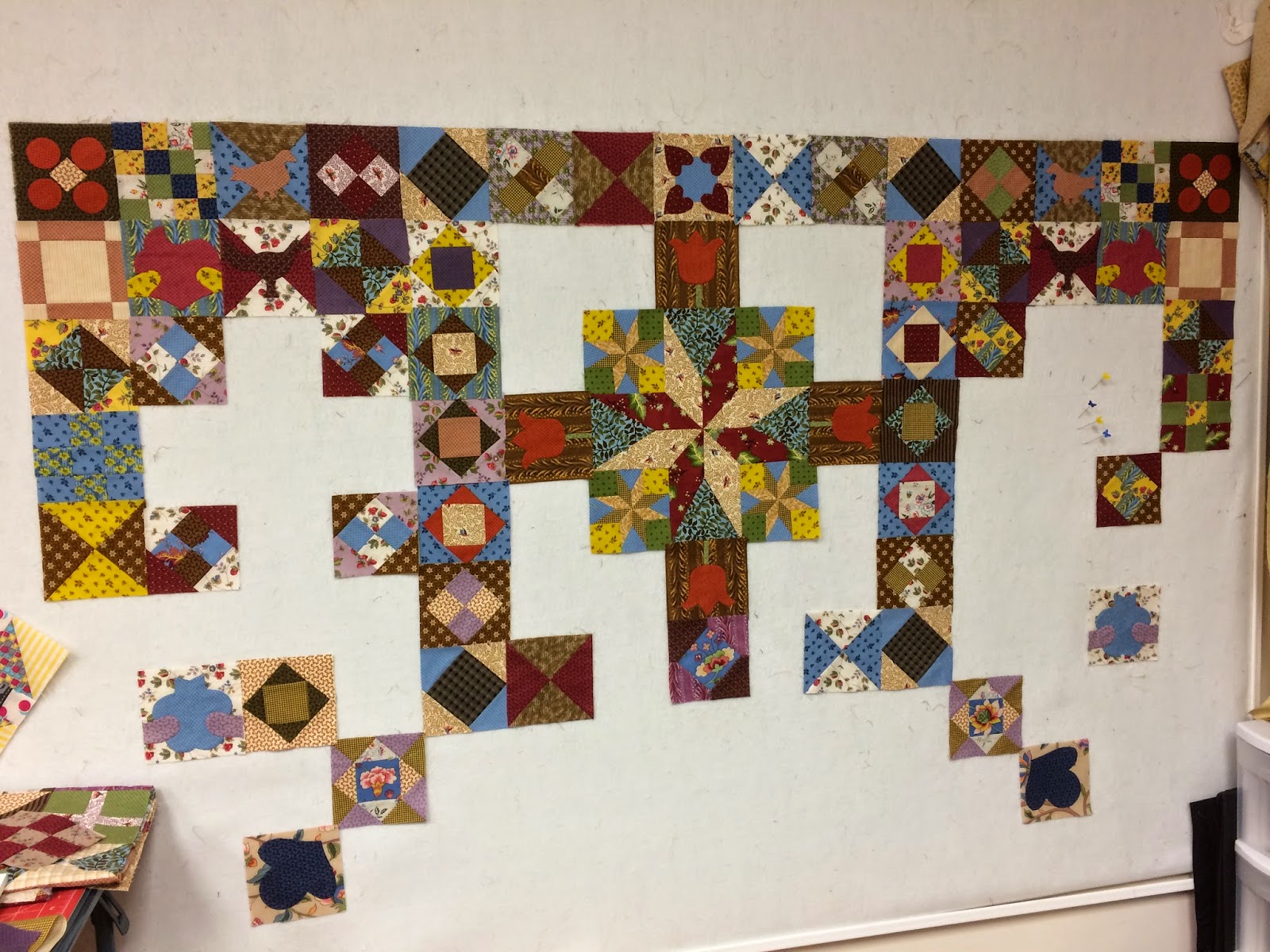 Then I put the other blocks up on the design wall that I have made. Trying to arrange them proved a challenge. I know I have many of the  missing blocks prepped for applique. I just have 5 or 6 blocks left that I can't figure out where they belong. Hmm. 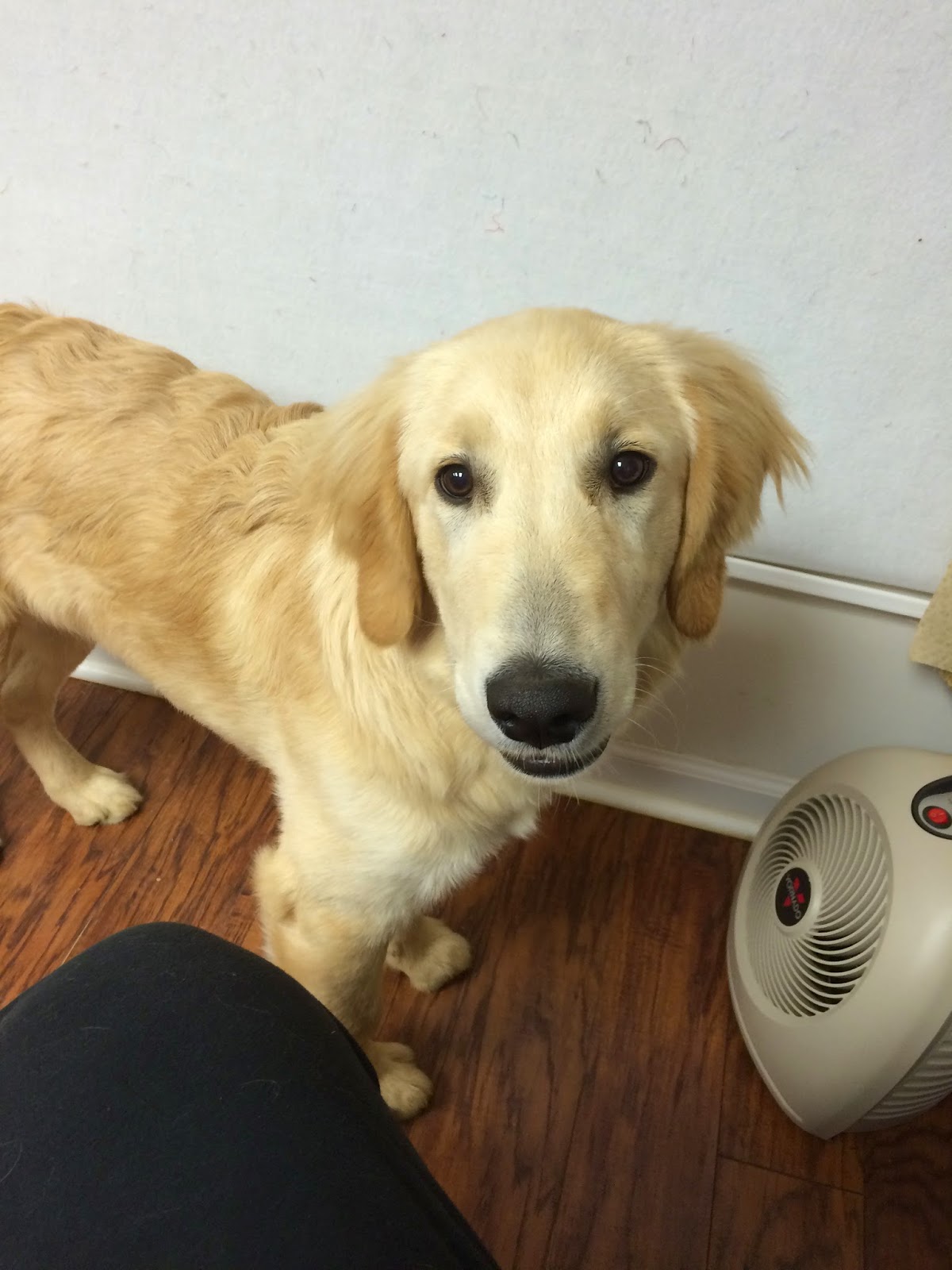 An I am NOT letting Boomer help. He's done enough to this quilt already thank you. He is watching the progress very closely. Too closely. LOL

Email ThisBlogThis!Share to TwitterShare to FacebookShare to Pinterest
Labels: 1718 Coverlet, blocks, quilt along