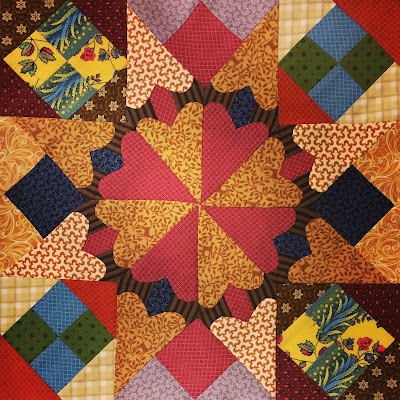 This quilt has been mocking me from the design wall. It keeps reminding me that there is much work still to be done. I finally attempted the crazy stars. There are three of them in the quilt. I have only made two. The second one is much better than the first. Maybe the third will actually be good? 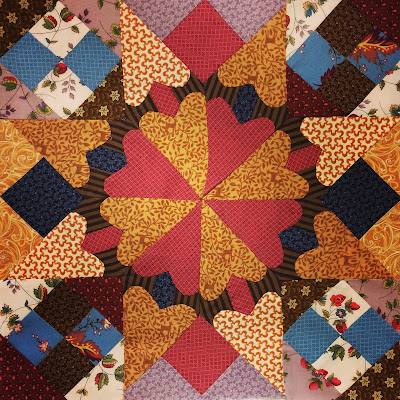 This one was my first attempt. It does lie flat and is square in spite of the wavy look of the center. Not sure what to do about that. Maybe I'll just go with the old standby phrase... that'll quilt out! 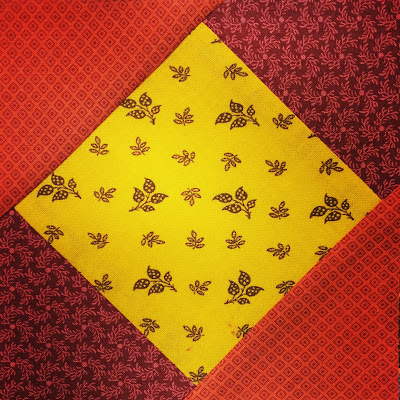 I also had fun piecing some very simple blocks. I really like these fabrics and am sad that I'm running out of some of them. But that's what favorite fabrics are for...sewing them!

I did get another panel put together. This is the middle of the quilt just below the large star. I realize that my lion and unicorn became two horses. I would like to say I planned that...but I am really okay with it anyway. After all, we do love horses in this family.

I haven't stitched on this quilt in a few days, but I am past the half-way point now, and that is a good feeling! I am still having fun watching everyone else's progress. Some of the color and fabric choices are fabulous! You can see the blocks on facebook at 1718 Coverlet Quiltalong

Email ThisBlogThis!Share to TwitterShare to FacebookShare to Pinterest
Labels: 1718 Coverlet, blocks, quilt along