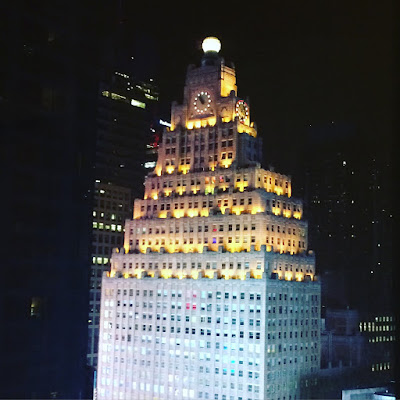 (view from our room)

We took the kids to NYC for fall break. We stayed at the Hyatt Times Squares, which must have been designed by a quilter because the hallways were painted like this... 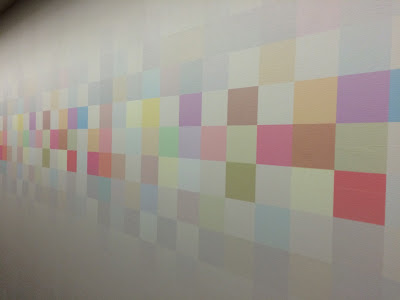 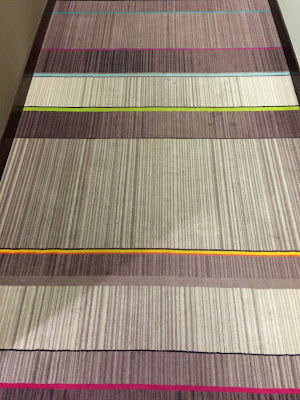 I feel a quilt bubbling in my brain, but I digress. 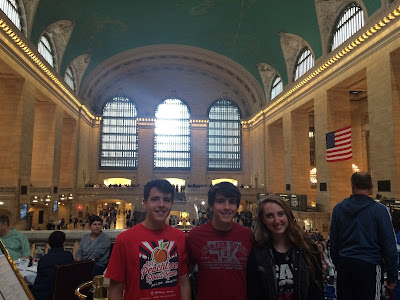 The kids in Grand Central Station.

Oh yes...New York! We started the first day with the boys going for a run in Central Park, while the girls window shopped on Park Ave. Then we went to the Apple Store, Grand Central Station, the Empire State Building and then to a play. We had great seats at "Wicked" and I loved it and Kelly thought it was good but I'm pretty sure both boys fell asleep. Oh well, can't win them all. LOL 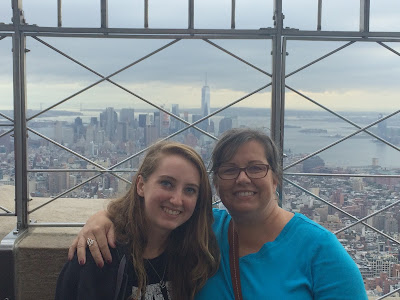 On top of the Empire State Building with One World Center in the background.

The next day we went to the 911 Memorial, the top of One World Center, the Statue of Liberty and back to the hotel for a nap. The boys went to see a movie while the girls snoozed. Then we had quite the cultural experience in Times Square and let's just say the boys now know what a woman looks like wearing nothing but body paint. (I'll let you google that one yourself!) Yep. That happened, along with the singing naked cowboy. Like I said, it was quite the cultural experience. 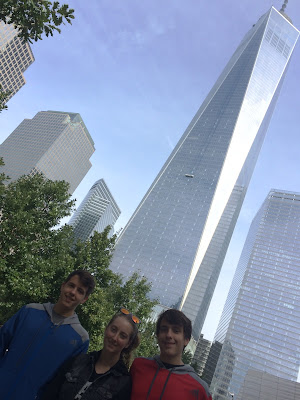 At the memorial in front of One World Center. 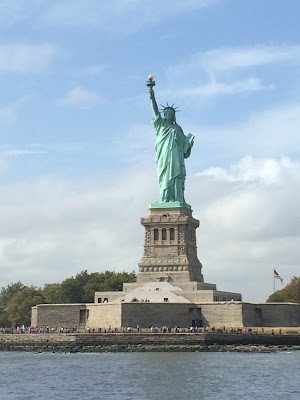 From the boat on the way out to Ellis Island.

The next day we went to the Nintendo World Store where the kids had out-of-body experiences and completed their Christmas wish list. Then we took the subway to the American Museum of Natural History and were able to see all of the special presentations except for the butterflies. I think I was the only one who was sad about that. No worries, I'll visit it next time. Then we went to see 'The Lion King' which the kids LOVED. Bill and I enjoyed it but were not as impressed as the kids. We had a hard time understanding several of the characters, and luckily know the story so we could follow along, but it was frustrating at times. 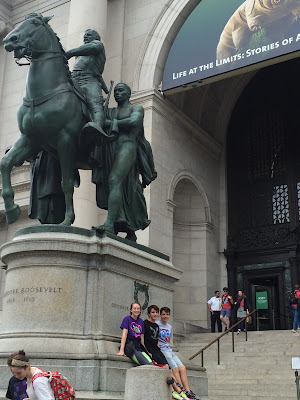 In front of the Natural History Museum which had lots of quilt patterns
hidden amongst the science displays.

That was all we could stand, so we took a flight home the next morning and now are all being loved on by doggies that missed us very much. Luckily, they have nothing to complain about because our house/pet sitter is a super nice guy who gives them lots of love and treats. I feel so much better knowing I'm coming home to a house full of happy pets, collected mail, and that things have been supervised properly while we are away. 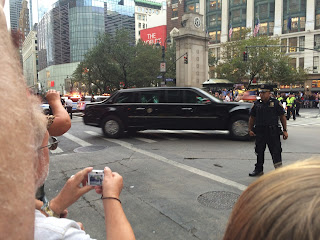 Oh, and we just happened to see the president while he was in town.
See him waving?

Now I just need a nap to recover from my little vacation!