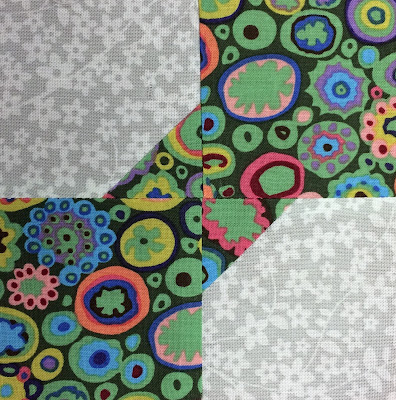 My friend Barb at FunwithBarb hosted a bow tie block exchange. A few months ago she put out the call for anyone who wanted to participate. I resisted, and oh it was so hard, but I did resist because I still haven't finished the quilt I'm making from her nine patch exchange last year...but then at the last minute she asked for a volunteer to take the place of someone. Being the "Queen of Last Minute" I said yes immediately. I can resist only so long, and if the universe is going to drop a second chance in my lap, who am I to refuse?

So I sewed up my 80 bow tie blocks and shipped them off to Barb. She had two groups, civil war repros or brights with light grey backgrounds. Obviously, I participated in the brights, the block above pretty much gives that away.

Last week a happy little bundle of swap blocks arrived and I almost squealed with excitement. Okay, I did squeal, please don't judge. Then I raced to my sewing room and put the blocks up on the wall to admire them. 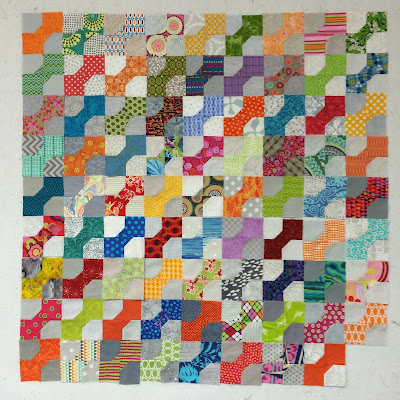 Gorgeous aren't they? I moved and shuffled them quite a bit until I realized they wanted to be in in circles... 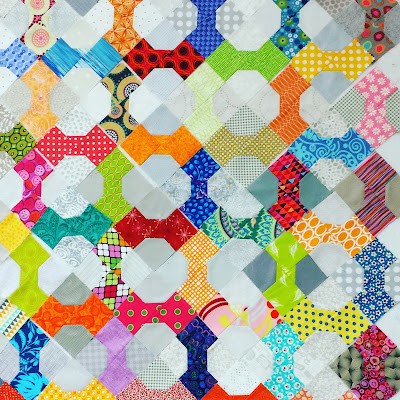 Then I realized they wanted to be in rainbow order! 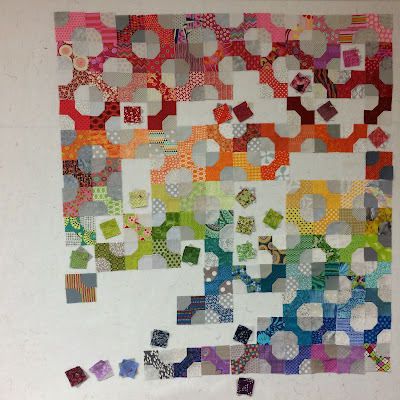 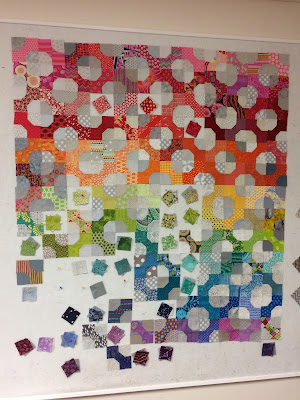 So I got busy. I started cutting scrap and bits from fat quarters and raiding my stash for any color that seemed to be missing. I also pinned them up on the wall to fill in the spaces as I went to monitor my progress. 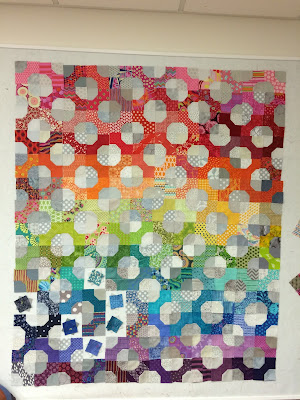 And I kept sewing. And cutting, and sewing and I couldn't stop! 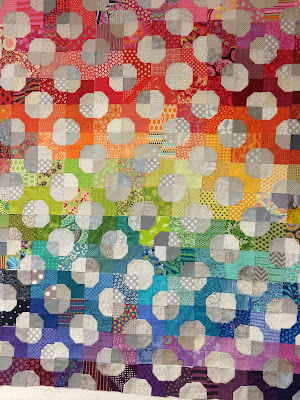 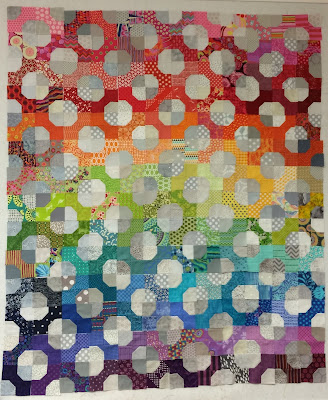 So I shuffled them around one more time, just in case, and then I sewed them together. 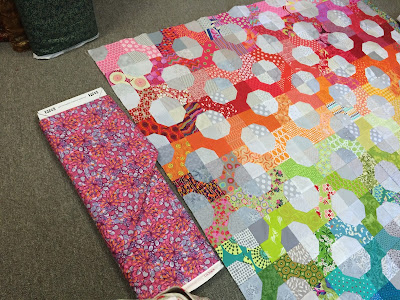 And then I had to choose a border. So I called my friend Martha and asked her to meet me at the quilt shop to help. She's amazingly patient with my indecisiveness and it's a good thing. Because I couldn't for the life of me figure out which border fabric to choose. They either were all purple-blue-pink or... 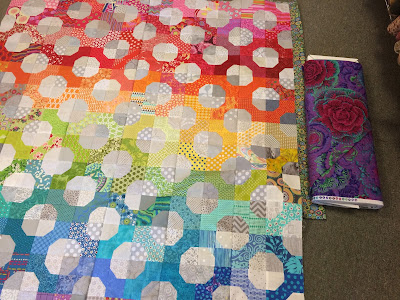 waaaaaay too dark. And yes, I lay my quilt tops on the floor of the quilt shop and bring dozens of bolts to place next to it to audition. And I do usually take photos of every option because sometimes it's easier to see which fabric works best in a photo rather than in real life. Not sure why, just trust me on this one. 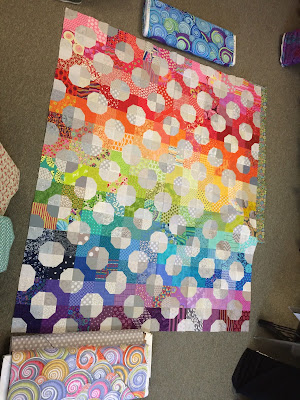 And some seemed almost perfect but maybe not. Then I had to decide if I wanted to make two borders from one fabric and two from another. Or did I want to piece them? Or did I want to do multiple borders? Blah, blah and blah. See what I mean about indecision? It was killing me! 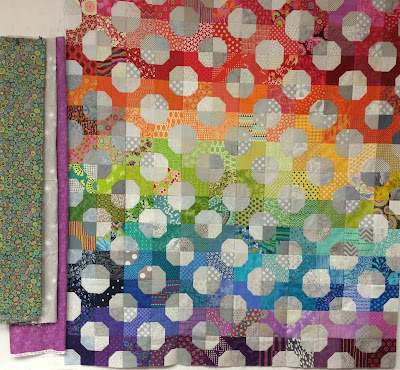 And two hours later I left with a half yard of the purple for the inner border. I already had the grey and the green. I'm still not sure I'm even going to use this. Feel free to voice your opinion and let me know what I should use. I'm happy to run back to the quilt shop if needed. :)

And I would like to thank Barb again for getting me into this fun dilemna. I looooove these blocks!