Writing a Quilt Book is like learning a new language

or What I learned about writing a quilt book, part 3... 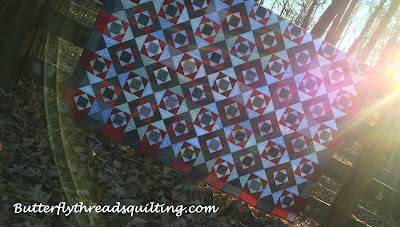 You're probably wondering how writing a quilt book could be like learning another language, but trust me on this one...it is and it's harder! I'm NOT exagerating. Once I had read through all 72 pages of my 'author guidelines' a few dozen times, I almost felt ready to start my manuscript. I say almost, because the samples that were given were very simplified versions of what could be written. My version was not simple by any stretch. I had complications, lots of them.

Remember in college (I graduated in 1988.) Please don't do that math!! Let's just say it was a LONG time ago. I have not used a detailed outline with headings, sub headings, and sub-sub headings since then. (Or algebra for that matter but that's a whole different issue.) I did fairly well on the outline I thought, until my editor informed me otherwise. And then told me to check the 'author guidelines' again. Arghhh! Seriously, I just wanted to make quilts and put them in a book! Not going to happen until you set up that *bleeping* outline apparently.

Never one to be easily intimidated, I plugged away and eventually got the hang of it, or my editor just gave up and fixed it later. Not sure, I never saw the words again until six months later. Then there were photos and how-to diagrams of course. Every photo I wanted included I had to take myself, so it could be retaken professionally. And I needed to draw every diagram to scale on graph paper. Huh? That's right, and then I had to list them all on a file with corresponding codes for where they are to appear in the book. And the words had to have the same corresponding codes inserted where the photos and illustrations are to appear.  And a special format for hints and another format for tips and a different format for captions and callouts, like I had ever even heard of a 'callout' before!!! All that had to be checked a million times, and let's not forget that every form and code and file and description had to be typed by me into the computer. There may have been some cursing and crying going on. On more than one occasion.

Truly, I could have mastered fluency in Greek with less pain and suffering. Remember, I just wanted to make quilts and put them in a book. I didn't know that there was this whole set up and system to be followed. Not to mention the lingo. Apparently diagrams are illos. Not to mention a whole host of other terms for things I had never heard of but were suddenly critical to my daily existence. Luckily, I am the most stubborn person I know. I refuse to give up, and then it became my mission to keep trying until it worked. There were many long nights with my laptop.

So please believe me when I say that making 16 quilts was the EASY part of writing a quilt book. Truly, I had no idea what I had signed up for, but now I can proudly say, I DID IT!

Stay tuned for the next episode...'why writing a quilt book is a lonely life.' You may need tissues, just saying.