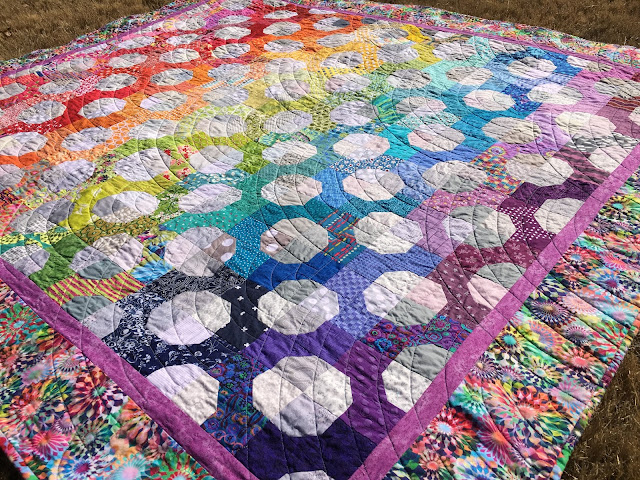 Woohoo! Hallelujah! I finished a quilt!! Doesn't it feel good to pull that new quilt out of the dryer and imagine the life it will have? I know that may sound dramatic, and I'm not comparing quilting to childbirth by any means, but seriously, the sense of accomplishment is so satisfying isn't it? 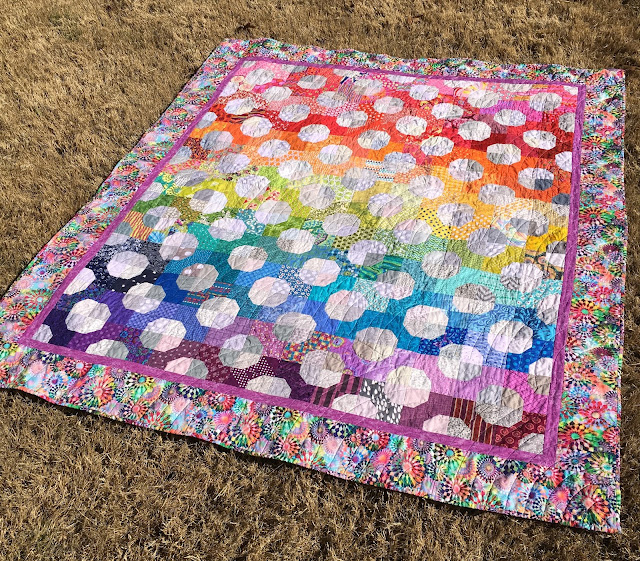 I started this quilt last year with Barb. She hosted a bow tie block exchange. I was strong and resisted the urge to join in but fate came calling when Barb needed a last minute fill in. I was thrilled to have a second shot and took it immediately. I sewed up my little bow ties and mailed them off to Barb. I then sat by the mailbox for two weeks waiting for them to return. Just kidding. Sort of. 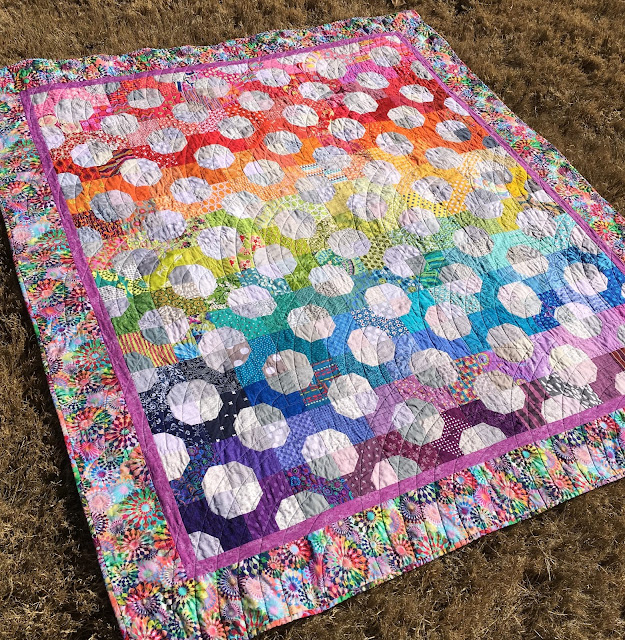 When I got the envelop in the mail I was so stinking excited. It was even better than I dared to hope for. The bowties were so pretty! And I immediately began sorting them and trying different arrangements. Eventually, I settled on a rainbow setting and then I went through weeks of border dilemmas. I bought several options, none of which worked. 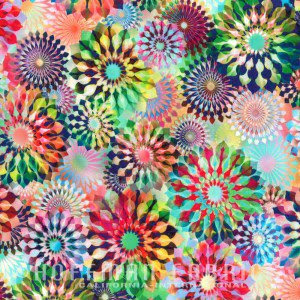 Then last week I walked into my local quilt shop and right there on the first shelf was the new Hoffman Challenge Fabric. It screamed, I'M THE ONE YOU'RE LOOKING FOR!! (Fabric doesn't scream at you?) And I bought two yards without even looking at the blocks. It was exactly what these blocks had been waiting for. The fabric is printed digitally. I only know that means that the colors and shades of color are unlimited unlike traditionally printed fabric. I have no idea how they do it, but it's pretty dang gorgeous isn't it? 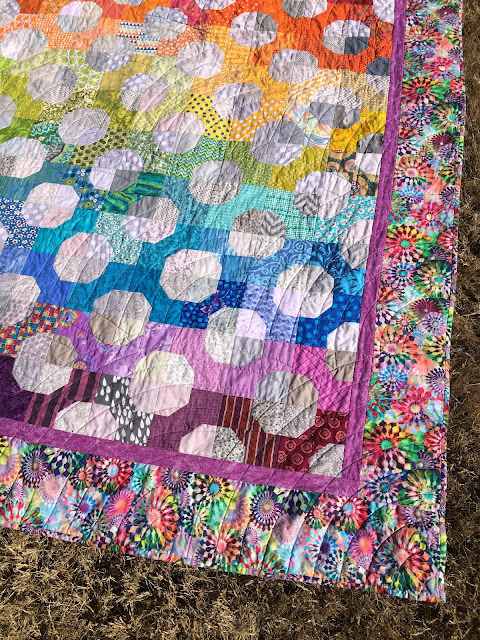 After I added the borders and made the backing. I quilted it using Barb's large fan template. It was fun to use for machine quilting, now I know I must find a project to hand quilt with it!