Spellbound, the saga of the unwanted quilt 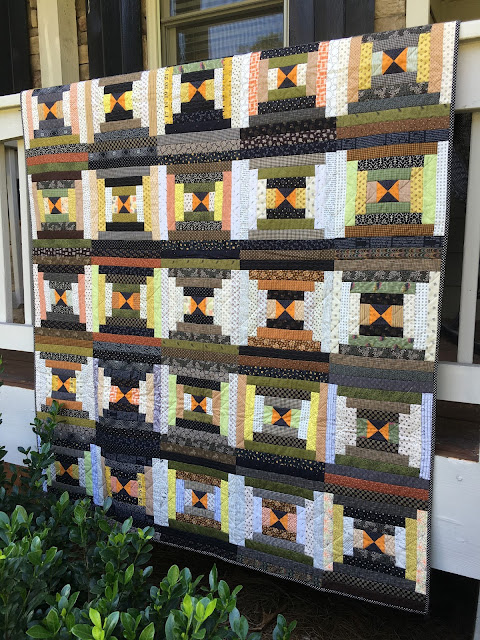 I made this quilt in early 2015. I just love Halloween quilts and I tend to make them whenever I'm in the mood regardless of the time of year. I had seen a vintage quilt made from the courthouse steps block and thought it would look interesting in Halloween colors. My notion of Halloween colors include black, orange, poison green, browns and chrome yellows. Sometimes purple, but not this time. 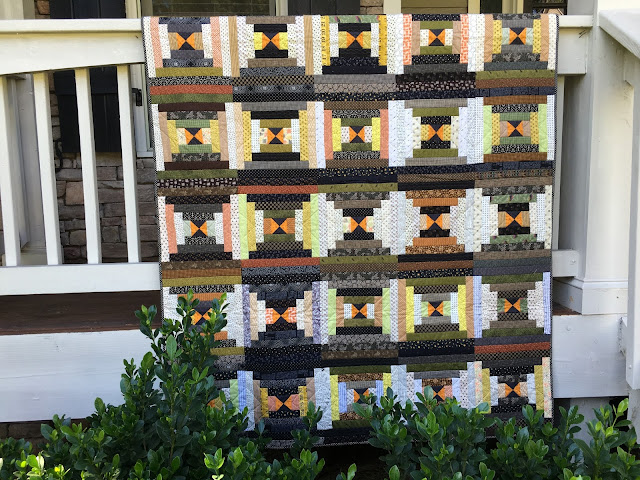 I then pieced the backing. Since all of my quilts are mystery quilts, I ended up with enough leftover blocks to create a row on the back. I then dug around in my stash and found some super vintage Thimbleberries blacks and browns for the backing as well. I added an orange strip for fun, and to make the size large enough. 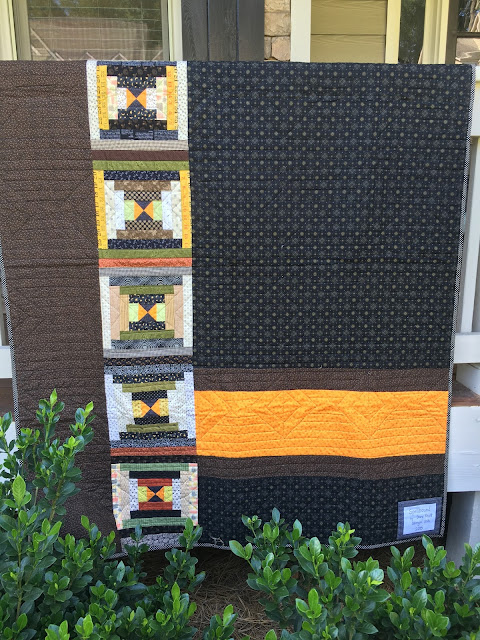 I really had fun machine quilting this quilt with my walking foot. You can see in the orange section that I quilted in the ditch along the horizontal lines and added diamonds to the lighter sections.

So what's the saga?

I submitted this quilt to a very well known national quilting magazine that was the only magazine I had not been published in yet. I wanted to be able to say I had been in them all! The editor very quickly replied that she would like this quilt and the other two that I had submitted. She said she would send out contracts immediately. And I never heard back from her or received the contracts. I sent email after email inquiring. No response. Finally, six months later I heard back from a new editor (the one I talked to had suddenly left the magazine and is no longer in publishing as far as I can tell) who asked me to please re-submit my quilts for approval. So I did. She responded that they were interested in this quilt but not the other two. (Mind you, I had been storing all three waiting for contracts that never arrived.) So I agreed to terms for this quilt and I never heard back from them again. Seriously? After multiple attempts I was finally told the contract was on it's way, they had misplaced it. If these folks can't keep track of a contract do I want to trust them with my quilt? And another six months went by, and I never heard from them again and never received the contract.

I think it's safe to assume they are no longer interested in Spellbound, and I can truthfully say I am so glad! I will enjoy this quilt this fall and I might even publish my own pattern for it. I would like to add that all of the other magazines I have been published in have been amazing to work with! Super friendly and efficient and never gave me cause for concern about the well being of my quilts.

And that's the saga of Spellbound. At least it has a happy ending!