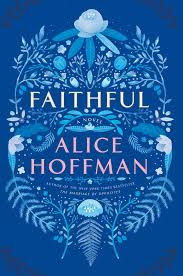 Faithful by Alice Hoffman did not disappoint. If you like Hoffman's books, you'll like this one. I enjoyed it so much! I found myself cheering for the main character and cringing at the moments when she proved to be her own worst enemy. I liked all of the characters, actually and was really glad I read the story of a girl who survived a traumatic event as a teenager, and went on to pull herself through some difficult times, eventually learning that she could depend on herself. 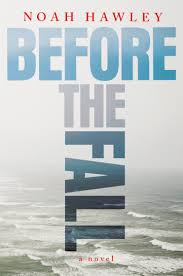 Before the Fall by Noah Hawley was highly recommended all over social media in the past few months. I was really curious about it and have enjoyed reading it. It's the story of  a painter who survives a plane crash against amazing odds. The story follows the investigation of the crash as well as the roles each of the passengers may or may not have played in the crash. It's a fast paced story with some interesting and some irritating characters. Overall, I would say it's worth the time to read. 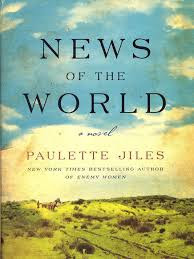 News of the World by Paulette Jiles was my favorite book this month! It was the story of a man in Texas during the days of the 'wild west'. He rode from town to town to read the news to folks who would pay to hear about events far away from their struggles. He was asked to return a young girl to her family, after she had been rescued from the 'indians' that had captured her. The old man and young girl had quite the adventures along the way and it was completely interesting at every turn. I would highly recommend this book! 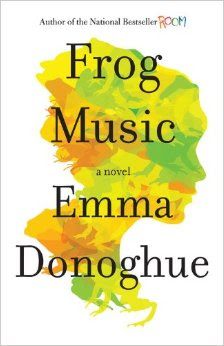 Frog Music by Emma Donoghue is the book I am currently listening to on CD while I drive to and from work. First, I should warn you that there is a LOT of explicit sex in this book. So if you are listening to it on CD like I am, you might want to be aware of your surroundings. It could be a little awkward if someone overhears this. LOL That being said, it's a wonderful story of a woman in San Francisco during the city's early days. She is not easily intimidated and certainly makes her own living (you can guess her profession by the amount of sex that is referred to.) It's a good story and involves some rather odd characters but they are interesting for sure! I can't wait to see how it turns out in the end.

I really enjoyed the recommendations you shared in the comments last month (Frog Music being one of them) and look forward to any more you might have to share. I hope to share a list of books the last friday of each month. Fingers crossed I stay organized enough to do that!