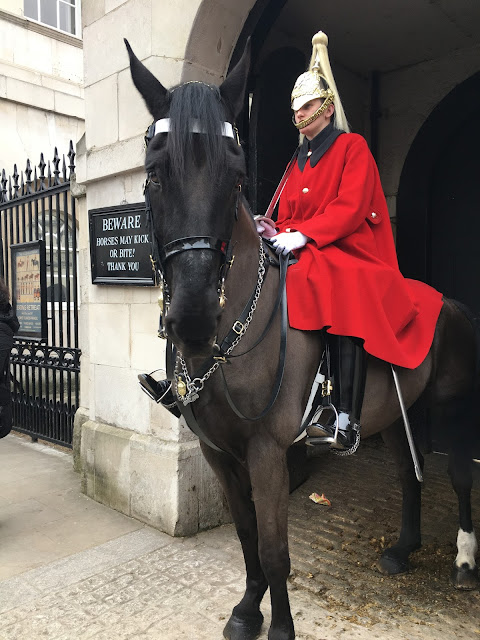 After a good night's sleep we started Day 2 in London with one of Kelly's most anticipated events...The changing of the horse guard. These horses did not disappoint!! They were so beautiful and so full of personality. Clearly, they were extremely well trained, but that didn't suppress their attitudes. 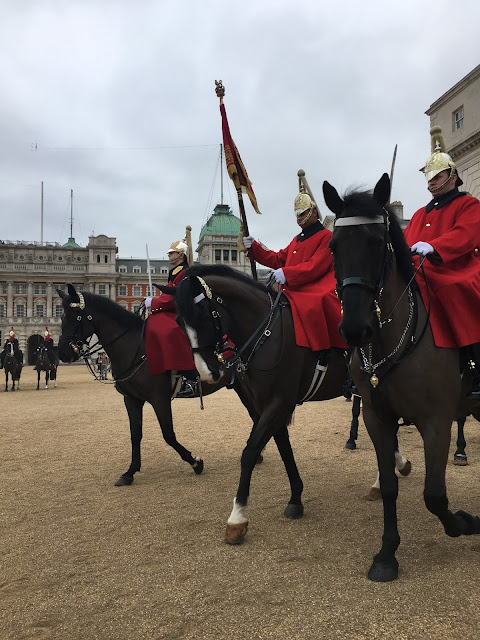 They were happy to get up close and personal and they kept wanting to nuzzle and play with each other. It was very entertaining as well and interesting. The riders were all men and I was a little annoyed that in this day and age, there wasn't even a single female rider. The police horses were all ridden by female officers so that was something at least. 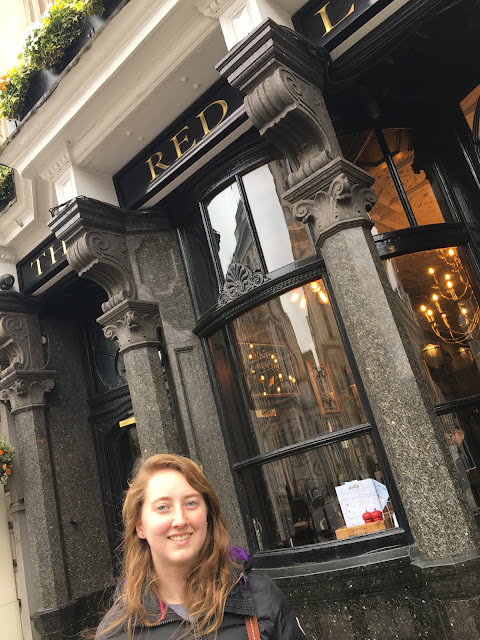 We then popped into a pub for a cup of much needed coffee and were off to our next stop which was just next door to the horse guard! 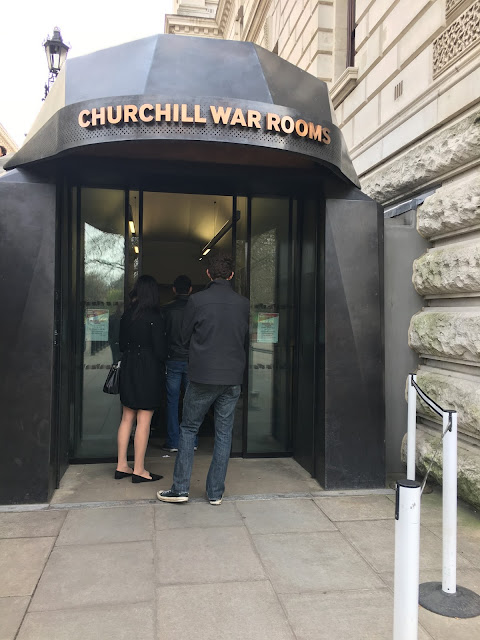 The Churchill War Rooms were fascinating. I wish I could have stayed here all day but I actually had to finish the second half in a bit a rush because I was getting so claustrophobic! I didn't expect that or even realize I was claustrophobic but it really made me appreciate the conditions under which these folks served during the war. There is an incredible museum attached as well and the guided tour headphones were really interesting. This was pricey but well worth the cost!

*By coincidence, I watched the film Allied on the flight home and it had scenes included that were clearly filmed here or filmed on a very accurately depicted set of this location. Super cool I thought! 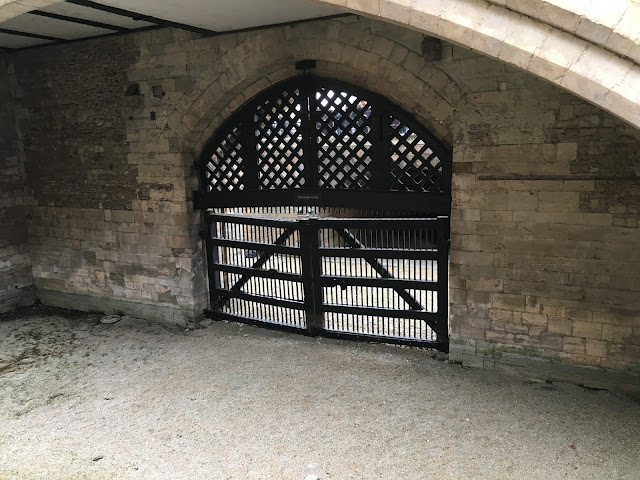 We then took the tour bus back across town to the Tower of London for the full tour this time. Above is the 'traitor's gate' where so many folks made their final journey to the tower. I have read every Phillipa Gregory book in print and I can say that this place is just as amazing as was described in the books. It's so full of history and mystery and walking through the tower grounds gave me chills! 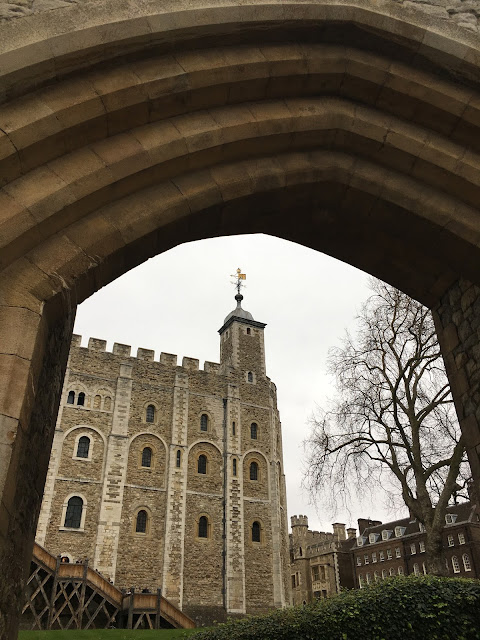 We followed along with the guided tour and enjoyed very much the details that were shared before we spent time exploring the grounds. I could have stayed here all day as well, but once we saw the crown jewels and each of the buildings, we headed off to our next destination by foot. 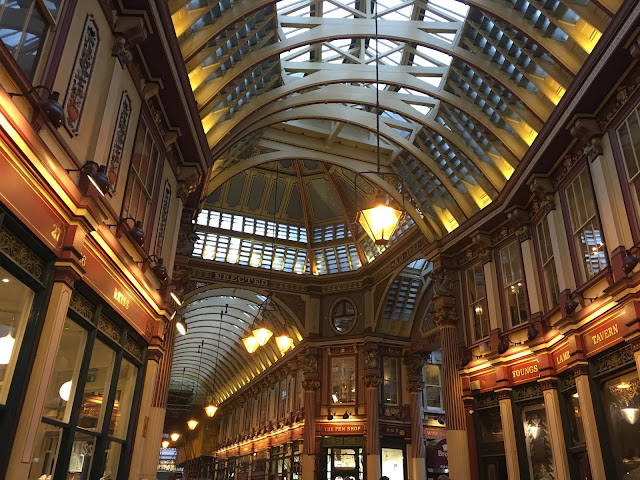 It was a short walk to Leadenhall Market. This lovely little covered shopping area was used for filming scenes from one of the Harry Potter movies (Kelly could tell you all about it!) By now it was late in the day and we realized we hadn't eaten a proper meal yet so we sat and enjoyed some delicious pizza at a window seat and just soaked up everything about this place! 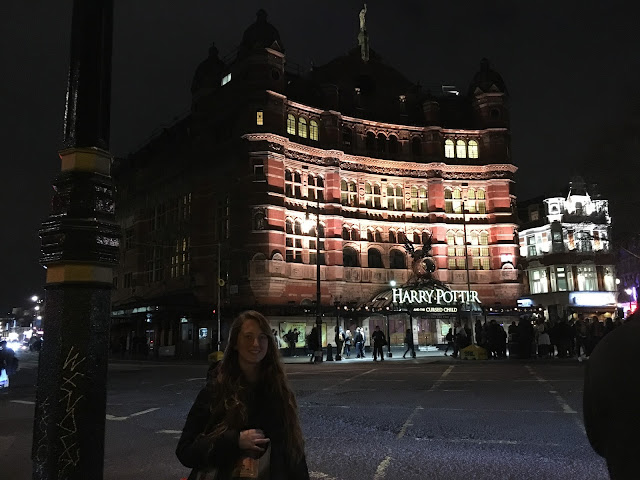 While we did not have tickets to the Harry Potter play, we did enjoy how amazing the theater looked from the outside. It was creepy/beautiful in such a cool way! 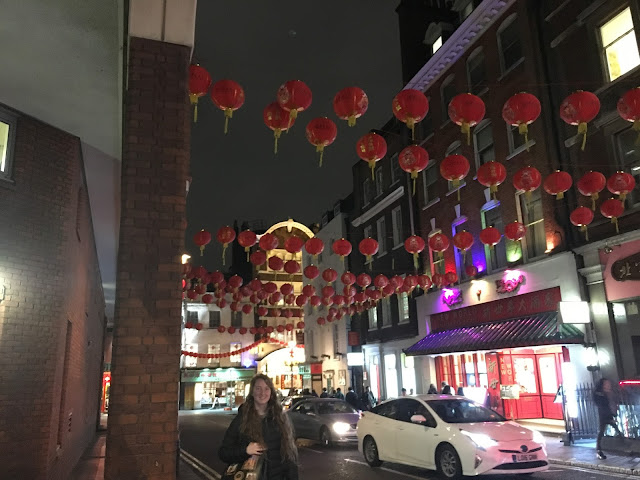 We walked through several neighborhoods on our way to my destination of choice... 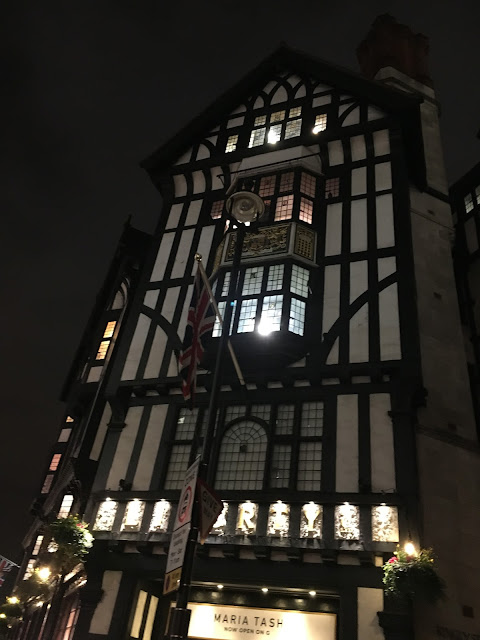 Liberty of London! We arrived just an hour before closing but that was plenty of time for me to accomplish all the shopping I needed. This place deserves a post of its own, so I'll share more about it later.

We then walked along Oxford street, shopping a bit along the way. Kelly got an adorable pair of boots at Doc Martin's. We finally made it back to our hotel in time to collapse. Who knew we could do so much in one day!?! We even impressed ourselves.

Stay tuned for more Liberty of London and our day at the Harry Potter Studios Tour!
Diane
at March 21, 2017