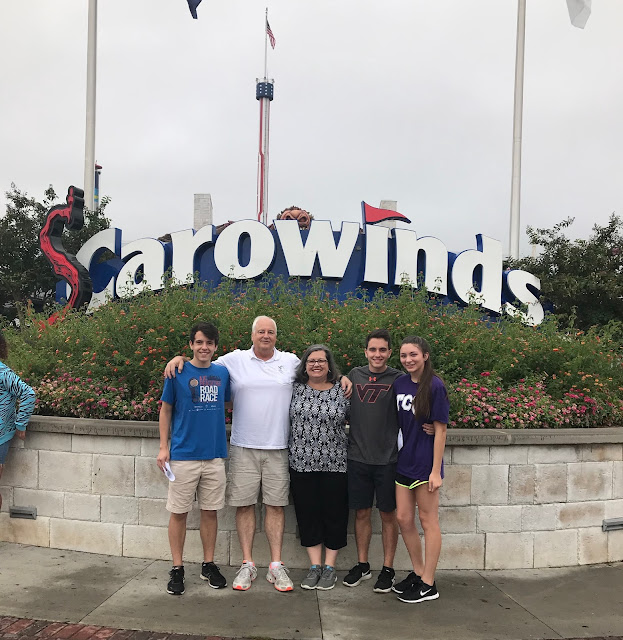 Virginia Tech hosted 'Parents Weekend' this past weekend and we decided to create our own version of a family weekend. Since I had heard that festivities for the VT weekend were pretty minimal, I decided it would be better to create our own fun. 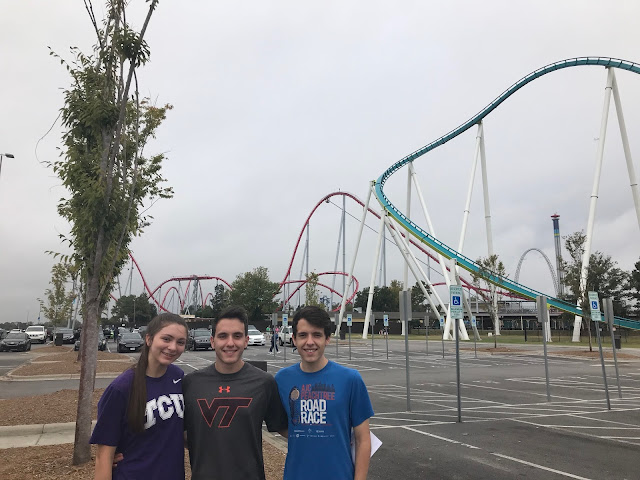 We met half way between VT and home in Charlotte, NC because that is also where Carowinds is located. If you've ever met my family, you know we LOVE roller coasters! The bigger, the faster, the better in our opinion! 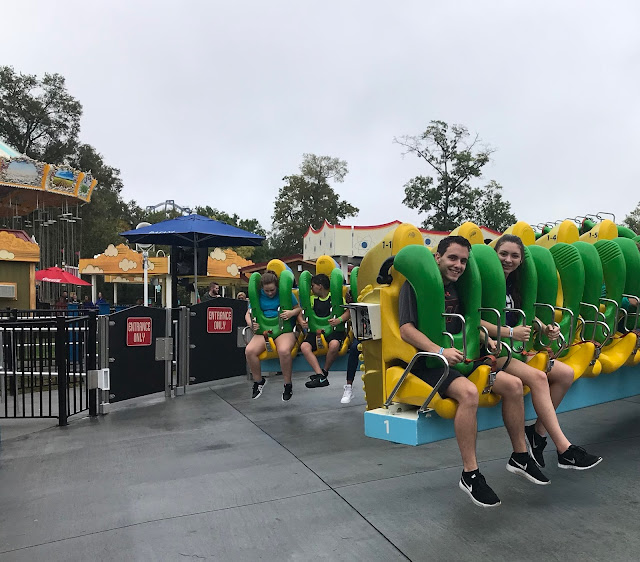 We loaded the car and picked up Megan (Danny's girlfriend) and David joined us from UGA. Kelly had planned to go with us as well until 3 of her professors decided Monday and Tuesday would be exam days. So we really missed her, but she was feeling kind of under the weather anyway, so it was probably best that she rest and study. 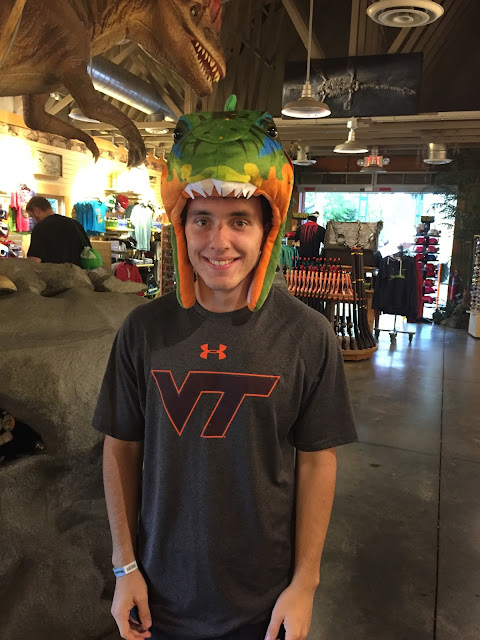 It misted a light rain almost all day at Carowinds but that didn't stop us from riding every roller coaster multiple times. The rain didn't dampen our fun! And you can see that Danny has matured so much during his first two months at college. LOL 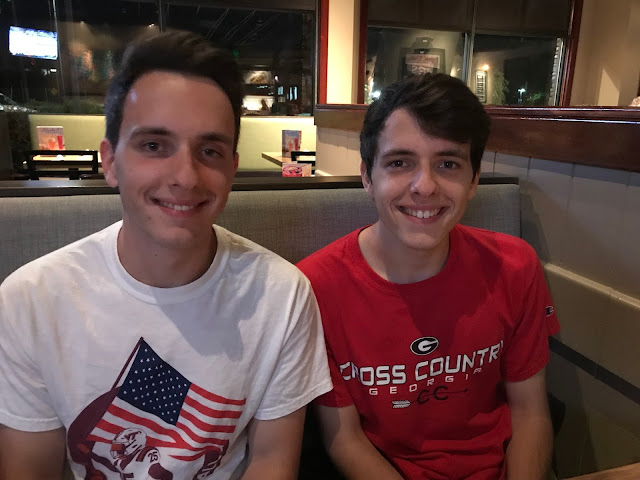 It was so good to see the boys together again for the first time since August. It was so fun to hear their stories, share lots of laughter, and get some great hugs! It was the best weekend I could have asked for. Nothing does a momma's heart good like being with her kids.

I hope you had a great weekend too!
Diane