I left my Heart in New Orleans 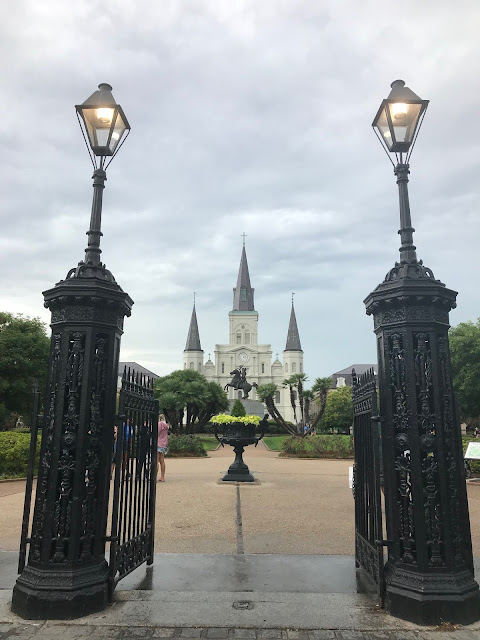 On Tuesday, I found myself in New Orleans for the first time in over 20 years. I was born and raised in south Louisiana. I grew up less than an hour from Jackson Square (photo above). I have so many good memories of my childhood in this special place. While much has changed, most of this unique city has not. The people are still warm and smiling, the food is out of this world, and the sights and smells and sounds are like no place else on earth. It was great to let myself be wrapped up in this way of life, if only for a day. 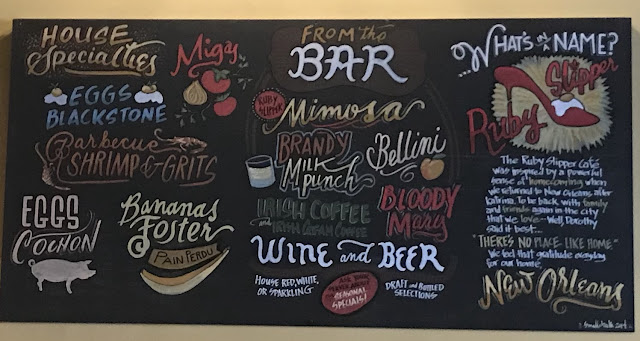 While I was really tempted to start the day with breakfast at the Camellia Grill, like I had done on so many Saturday mornings once upon a time, we tried The Ruby Slipper. It was close to our hotel and we wanted to get our day started! I had the Lousianan Omelette and it was amazing! 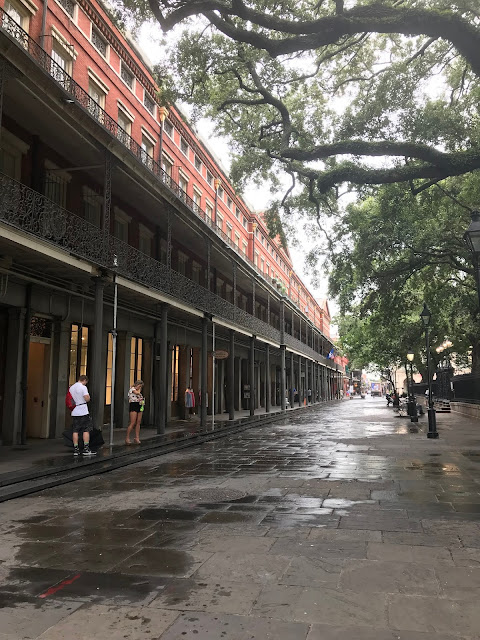 It was raining so we took and Uber to Jefferson to the Quilted Owl. I'll share a whole post on that adorable quilt shop of amazement soon. I brought home a few souvenirs from there as well. *wink* 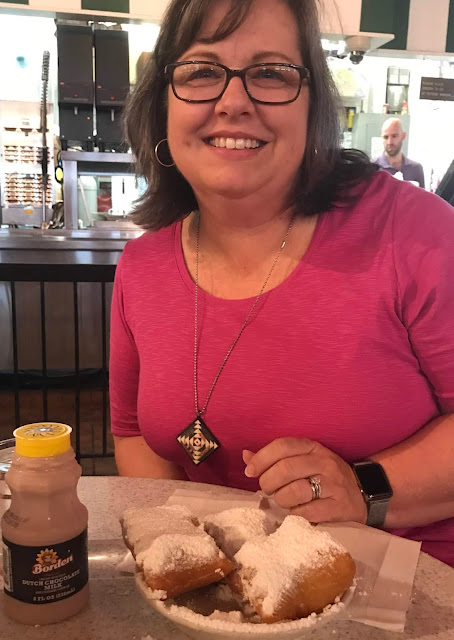 So we went back to the French Quarter to do a little shopping and, instead of lunch, we had an order of beignets and chocolate milk at Cafe du Monde. I was sad that they no longer serve the milk in glasses with paper straws like I remember from 40+ years ago. But the beignets were still just as good so I got over it. And we also went next door to purchase some pralines from Aunt Sally's. They will always be my favorite. 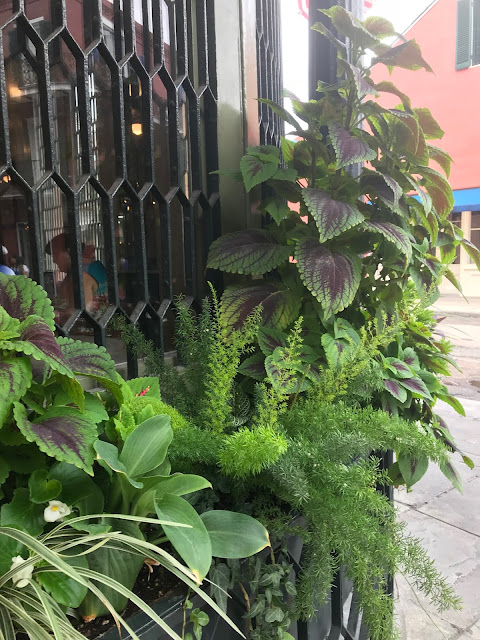 We walked and shopped some more, mostly in the French Quarter. I have wanted some black and white drawings of New Orleans for years and have not been able to find them online. I found some in one of the local shops and couldn't decide which size to buy. Bill was beginning to melt at this point from the heat and humidity, so he promptly bought both of them and told me to make up my mind later. LOL He loves me. 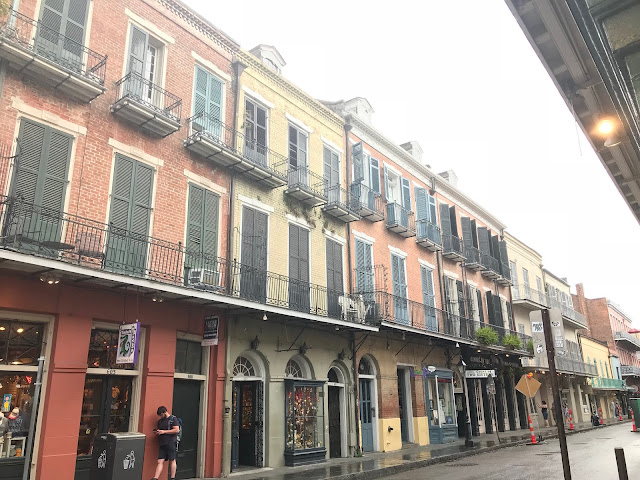 I kept stopping to take photos of everything and he would detour into every shop that had air conditioning while I was leisurely taking in every detail. He's a polar bear, he can't handle the steamy summer weather in the south. I'm a southern girl, I can freeze to death sitting under a fan! 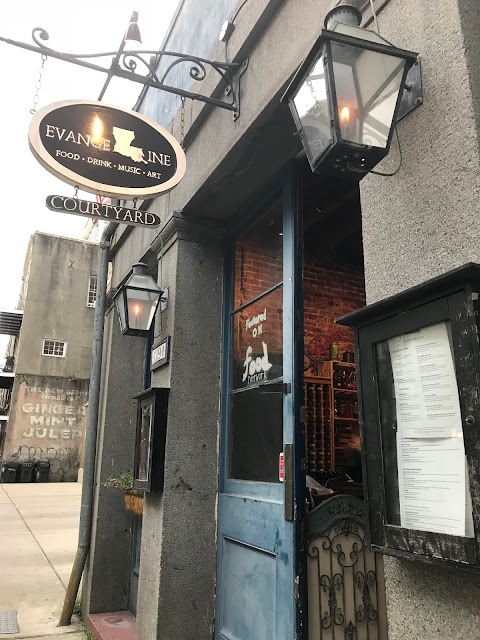 Eventually we found ourselves at Evangeline for dinner. The food was as good as the restaurant was beautiful. The old brick walls and the huge wooden bar were the perfect setting for a casual but amazingly delicious meal. I had the daily special of red fish with crawfish and corn risotto. I highly recommend it. 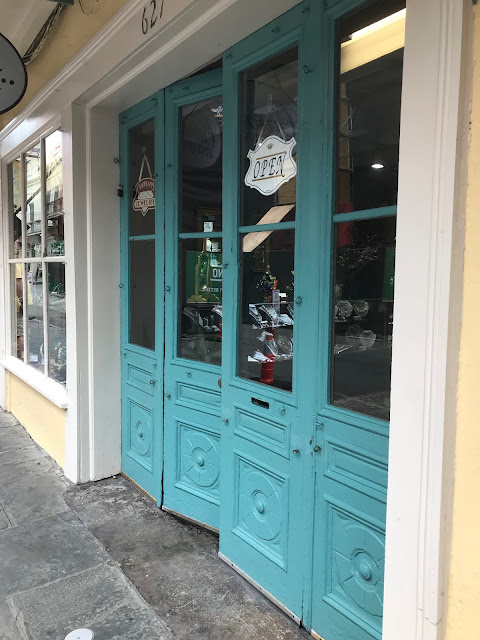 And I took more photos. Can you even believe how beautiful these doors are? Every single building had something amazing to discover. I wanted to soak it all in. But we had to go to bed early because my sweet hubby needed his rest. He had to go to work early the next morning. 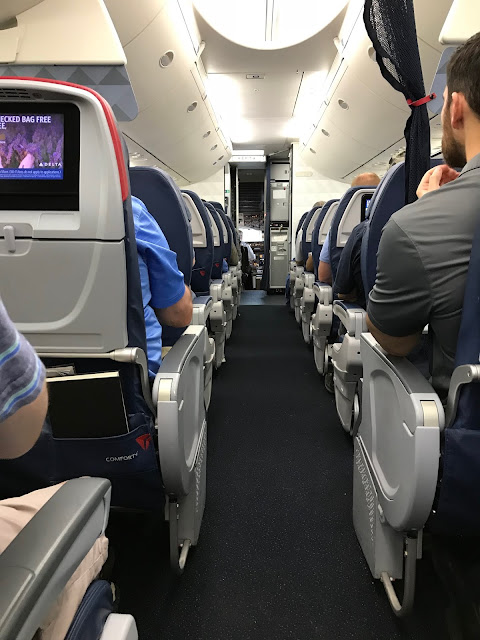 He's the one who flew the plane home. I love going on his work trips with him when he has nice layovers. Sadly, it rarely happens because the flights are full or the layovers are too short to do much of anything. It makes these rare escapes even more special.

Not to mention, I came home with tons of inspiration and ideas that are going to find their way into a quilt soon, I can just feel it. That's a little something called lagniappe.