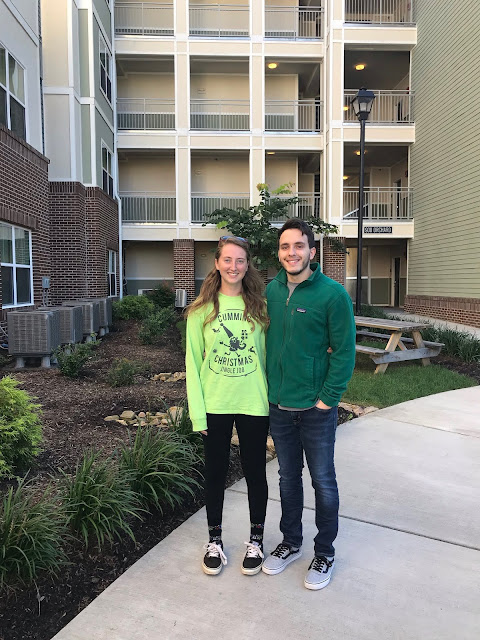 All three of my kids have different fall breaks this year! My daughter Kelly was the first one to have break, and she wanted to visit her brother Danny at Virginia Tech. She hadn't been to see his campus and wanted to know more about where he was living. (She helped move her other brother David, into his apartment at University of Georgia this year, and she's visited UGA campus many times!) This photo was taken outside his apartment. 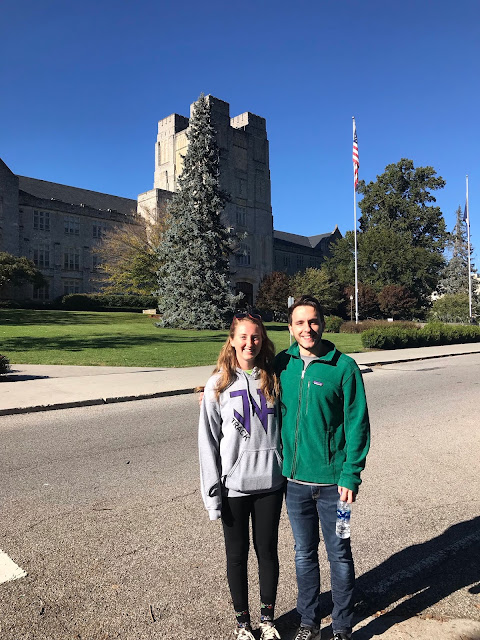 So we planned a road trip! She came home from Berry College on Friday night and then we drove to Blacksburg on Saturday morning. We were able to spend the whole weekend with Danny! After arriving at his apartment, he took us on a tour of the campus, including all of the academic buildings he has classes in, and then to Lane Stadium. 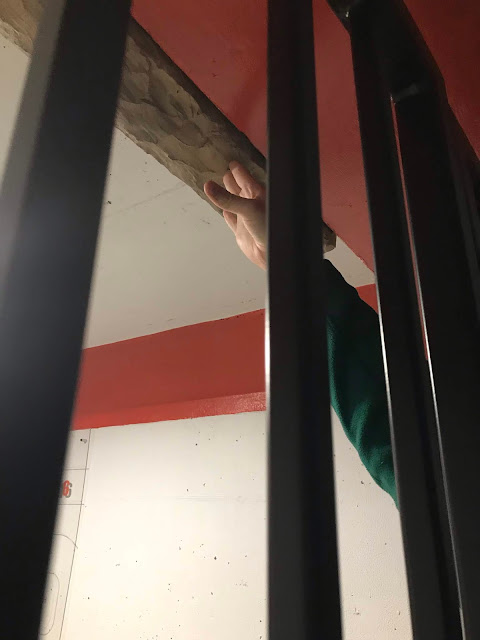 Where we even got to touch the Hokie Stone. Well, they did, I was too short. LOL Then we went for what was supposed to be a nice little hike to a waterfall. It turned into a 3 hour adventure, but we had so much fun! 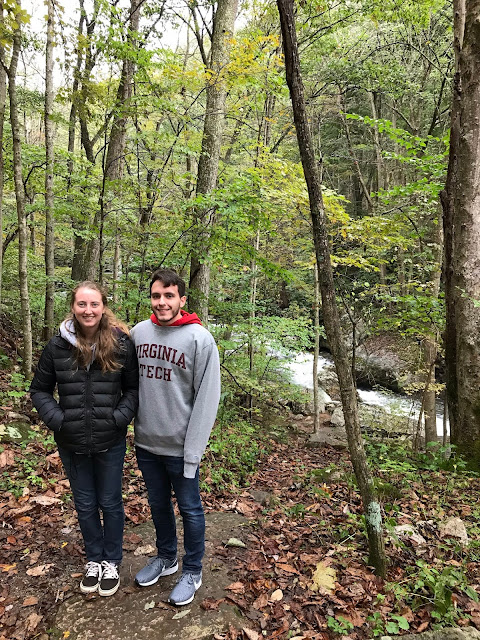 We took the upper trail to the Cascades because the lower trail had been washed out by flooding. The hike to the falls was marked as 2 miles but someone with a fitbit INSISTED it was 2.6 miles. LOL and then we still had to hike back down. 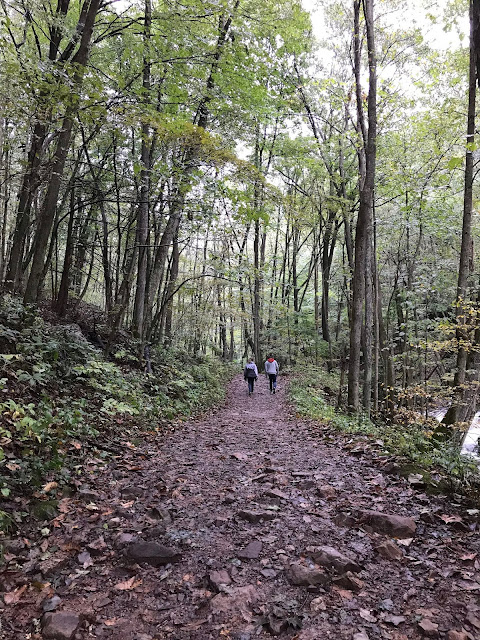 Needless to say, the hike back down the mountain was much easier! 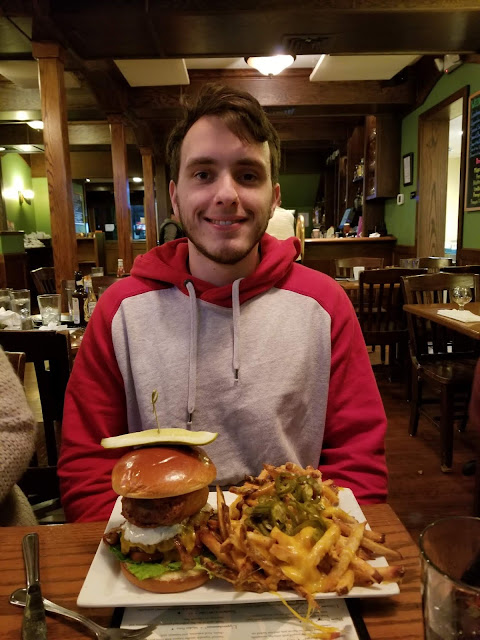 After all that hiking, Danny easily ate this entire meal at the Blacksburg Taphouse. And I easily drank a cold beer while enjoying the fried pickles with Kelly. Yum! 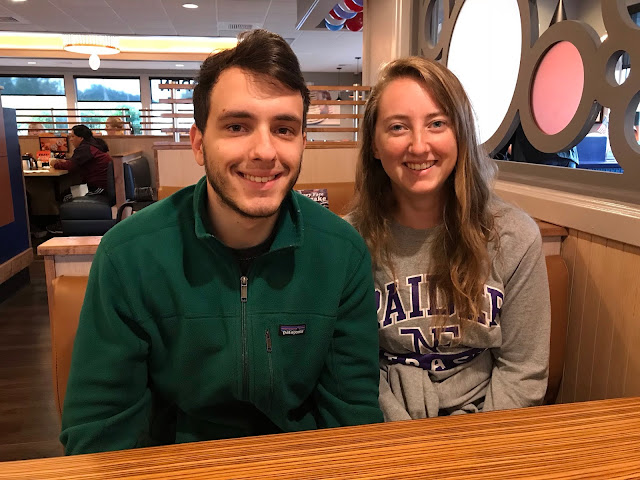 We were even able to take him out to breakfast Monday morning before we drove home. It made my heart so happy to see them having fun together, but I missed David not being there. Sniff. It's so rare and special when all three of my kids are together. 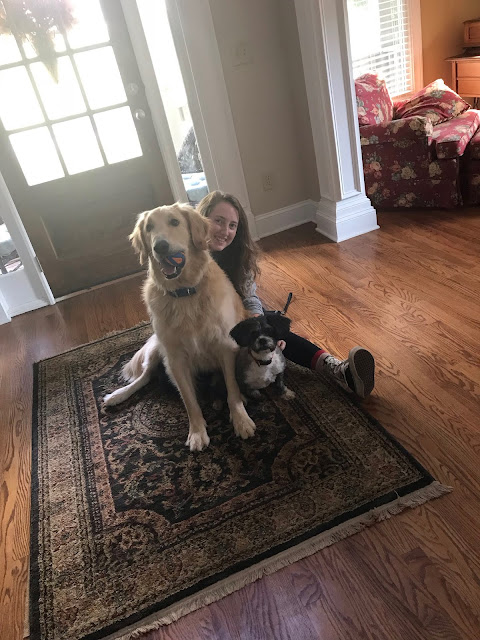 Kelly promised me that she was going to make sure she and her brothers stayed close and raised their own families together. It makes my so happy that they are such good friends as well as siblings. I think they are bonded so tightly because they are so close in age (Kelly is only 15.5 months older than the boys!)

And the dogs were very happy when we returned home. I think they are already missing her again (me too!) We only have a month until Thanksgiving when they will all be home again! I miss these kids so much it hurts, but I'm so thankful I had this amazing weekend with two of them.