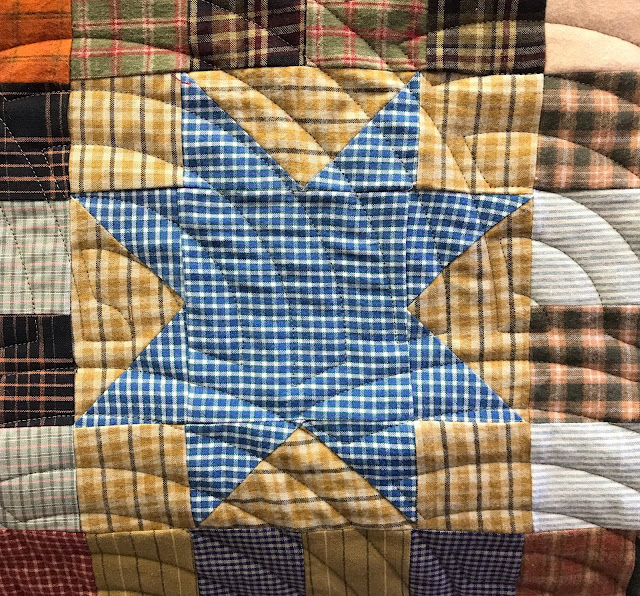 While I was quilting this beautiful quilt made from plaids and homespuns for my friend Lori at Humble Quilts, I was reminded of a story from when my kids were little. 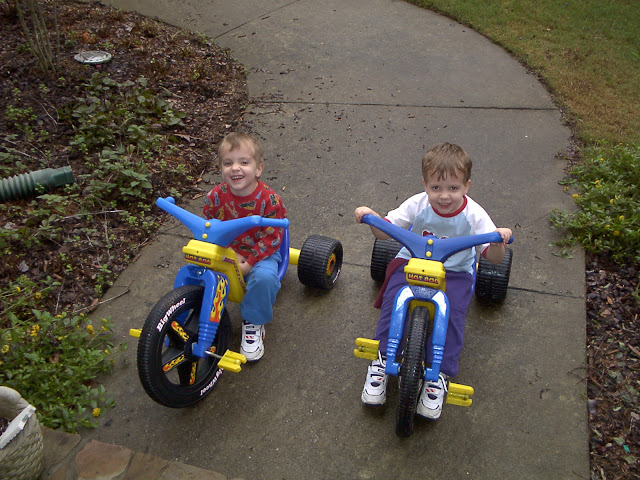 When my twin boys were about four years old, I laid out their 'photo taking clothes' on their beds. At some point I told the kids that we were going to get our pictures taken, and could they please go put their clean shirts on to get ready.

While I don't remember the response from my other two kids, I do remember my son David letting out a big sigh, dropping his head and trudging off to his room to do as he was told. I also remember him sadly saying...

As though wearing a plaid shirt were the greatest humiliation of all time. I laughed until I cried. I had no idea that he had such a distaste for plaid, or that he had noticed a trend of photo taking in plaid shirts. (Disclaimer: I could not find a single photo of him in a plaid shirt as a young child!) This is the only one I could find of them in plaid shirts, and it was taken when they were 16! 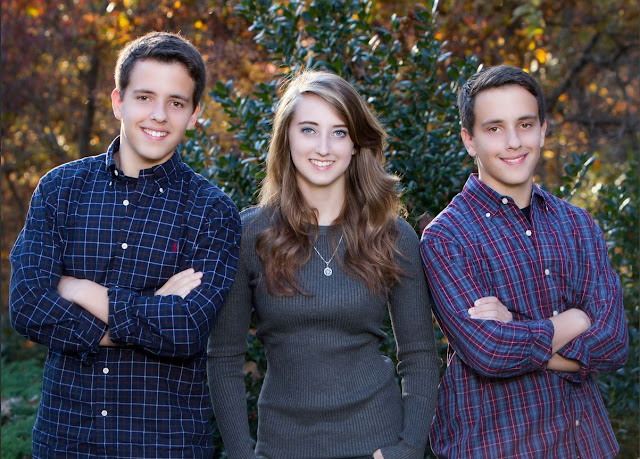 And since today would have been my dad's birthday, (a man who proudly wore plaid on a daily basis!) I will link to the posts about the plaid quilts I made from his plaid shirts for my mom and my sister. I still need to make one for myself. 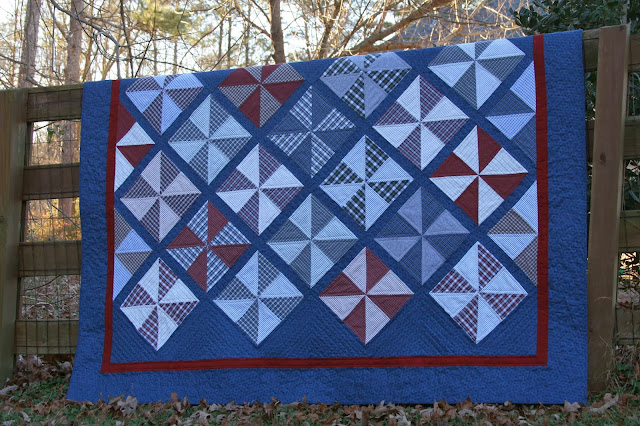 So now I'm in the mood to make something with plaid. I know my dad would approve and perhaps David wouldn't mind. At least I know what I could name the quilt.