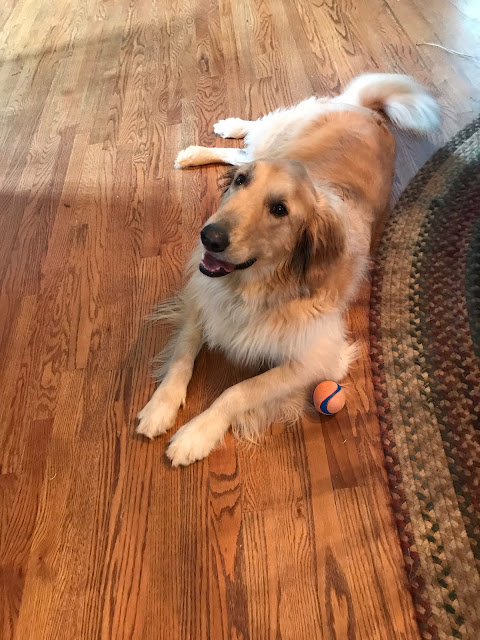 If you follow me on social media you know that Boomer had a really rough day earlier this week. Here's what happened...

My husband was in the back yard and walked to the back fence (it borders another neighborhood) and was speaking with the woman who lives in the house behind us. They have a large white dog who likes to sit near the fence and watch our three dogs when ours are outside in our yard. Sometimes Boomer and the neighbor dog will even run along the fence with each other, like they are playing.

As my husband and the woman were chatting, Boomer jumped up next to the fence and put his paws on top of the top rail. It's a 4-5 foot fence, so he can't possibly jump it but he can get his paws up on it. The neighbor dog jumped toward the fence and bit Boomer on is right front leg just above his paw. 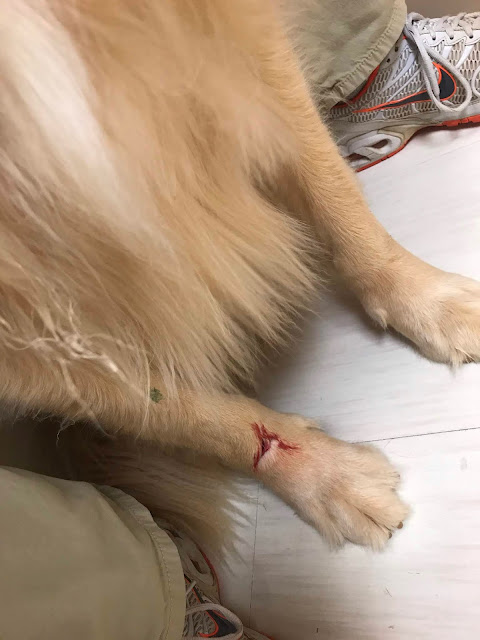 I was inside the house at the time and heard the dog yelp. It scared me because I've never heard any of our dogs make a noise that loud. It all happened in a split second, and Bill checked Boomer but he seemed fine. Bill was focused on Boomer's nose because he thought that's where he had been contacted. They came in the house and I asked what happened. Boomer seemed fine but as soon as he laid down, I saw his leg.

The gash wasn't very long but it was DEEP. I could see the bone when he licked it and the skin pulled away. Immediately, we called the vet and said we were coming in for an emergency visit. The vet saw the wound and said he needed to be sedated for sewing the stitches and inspecting the wound. I was so upset at this point I felt like I would be ill. 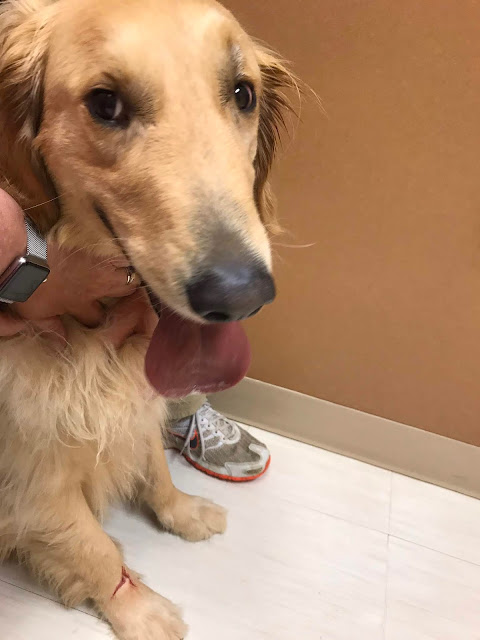 We left Boomer at the vet for his surgery and drove to the other neighborhood to speak to the owners. They weren't home and we had no way to leave a note, so we drove back home. A few hours later we were able to pick up Boomer and bring him home.

Boomer was super woozy for the entire evening and his siblings were very sweet and gentle with him. We started him on his pain meds and antibiotics. He loves taking his pills when we tuck them into hot dog pieces. He's such a good boy. 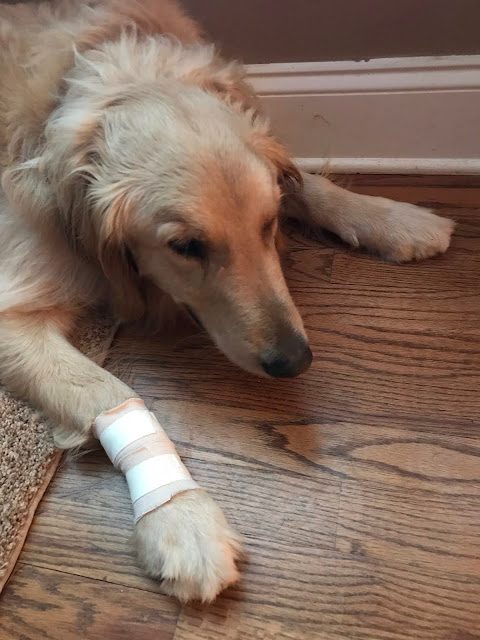 Later that evening we saw the woman in her yard again so I sent Bill out to speak with her. I knew I couldn't be kind because I was still too upset and Bill is good at handling tense situations. He told her about the bite, the vet visit, the surgery, etc. She suggested that maybe he just got cut on the fence. Even though she had been standing there and saw the whole thing!! My husband let her know that it was definitely a dog bite. She said she was 'sorry' but she never offered to help pay for the vet bill even when my husband told her about the cost of the surgery. My heart is racing just writing this story out, I'm still so upset. 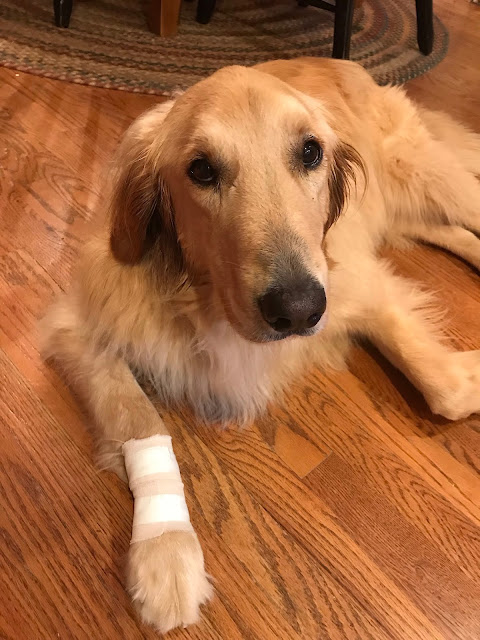 My poor Boomer has 10 stitches in his leg and a big bandage covering his wound. He's being so good about not messing with the bandage, so no cone needed, thankfully. He's taking his pills like a champ and he's being as needy and clingy as ever. I'm trying to keep him calm, but he tends to get excited a lot. He's getting lots of extra snuggles for sure!

He goes back to have his bandages changed on Friday and just to make sure there are no issues with the healing process. I have no idea why this happened and we have no plans to pursue anything further with the neighbor (though if the situation were reversed, we totally would have handled it differently!) We are just focusing on loving our fur babies and making sure Boomer is as good as new as quickly as possible. 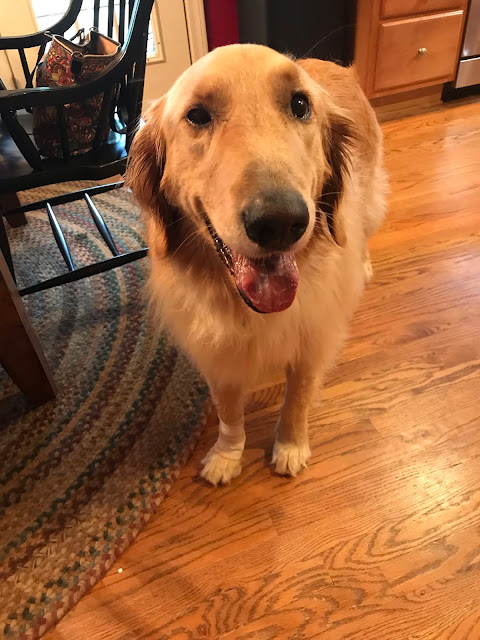 Thank you so much for all of your kind comments of love and support on social media. It really helps. Someone has his chin on my leg waiting for some love right now. LOL