The evolution of a Quilt 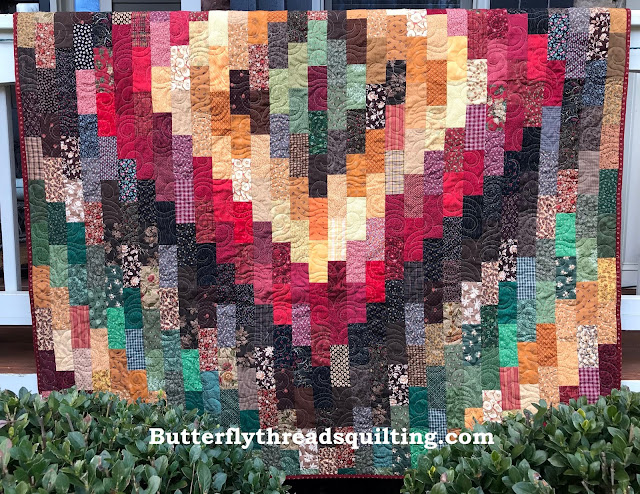 I had the idea for this quilt from one I had seen. I think Edyta Sitar had made a smaller version perhaps? And because I always like to go big, I thought it would make the perfect autumn quilt for my king size bed. 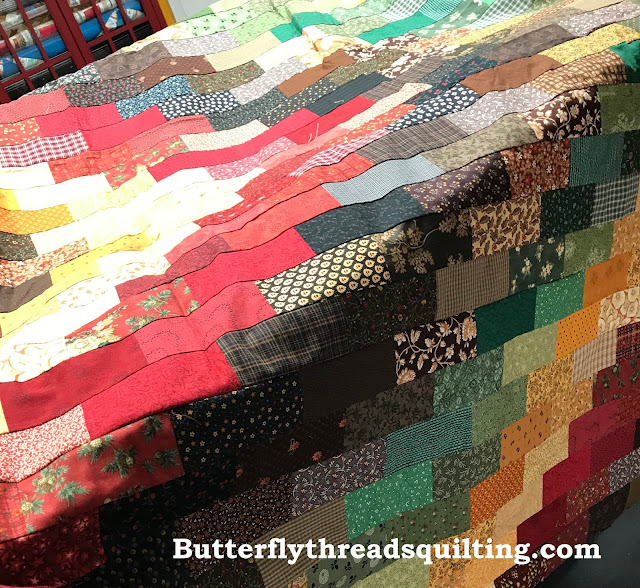 How hard could that be? I would just keep cutting and sewing rectangles until it was big enough. That was my plan anyway. It got to be wide enough, at about 110". And I kept adding rows to the top and bottom but it never grew more than about 65 " tall.

Eventually I got bored with it. The fabrics started to look stale to me and I just wasn't feeling it anymore. So it went in a bin. Where did all the extra rectangles go? I have no idea. The bin got put in the closet and there it sat. For several years, or more. 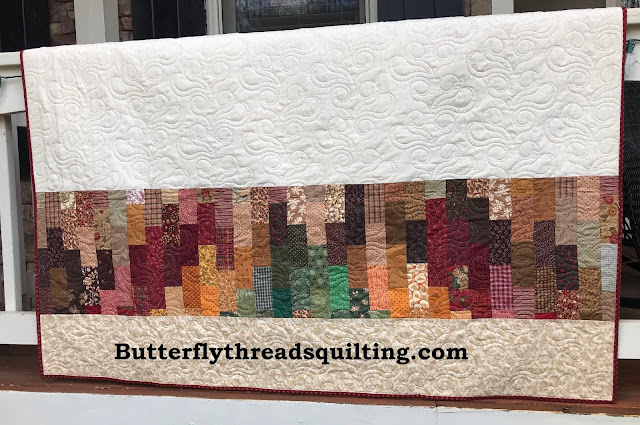 And cleaning out the closet is one of my goal for this year so I grabbed a bin that had some UFOs in it. And I found this top! I knew it would never be the king size quilt I had hoped it would be, but I realized that if I turned it sideways, it was already large enough to be a twin size quilt! It was too large actually.

All I needed to do was trim the top and bottom 12" off and my twin size quilt top would be complete. So I did. I then had two large pieced units leftover, so I used them on the backing. I also used some leftover yardage from other projects to the back as well. One of those fabrics is so old it's almost vintage! 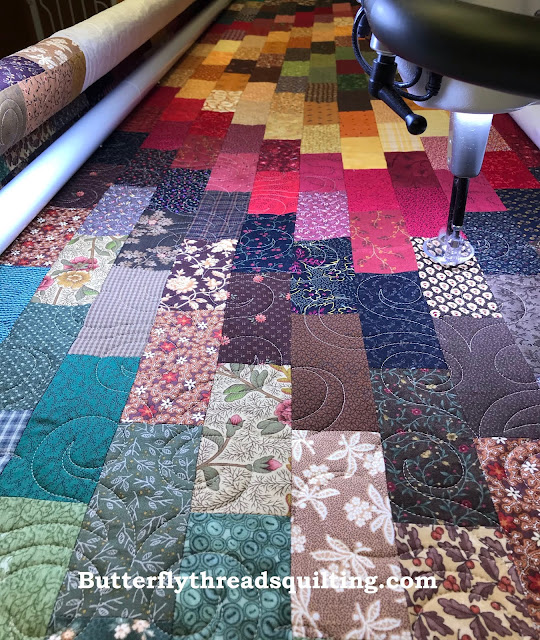 Then all I had to do was put it on the longarm (with a pieced batting!) and I quilted it using a fun new design called "Slipstream". I also had the binding fabric in the stash. So I finished this quilt in 2 days without purchasing anything new. 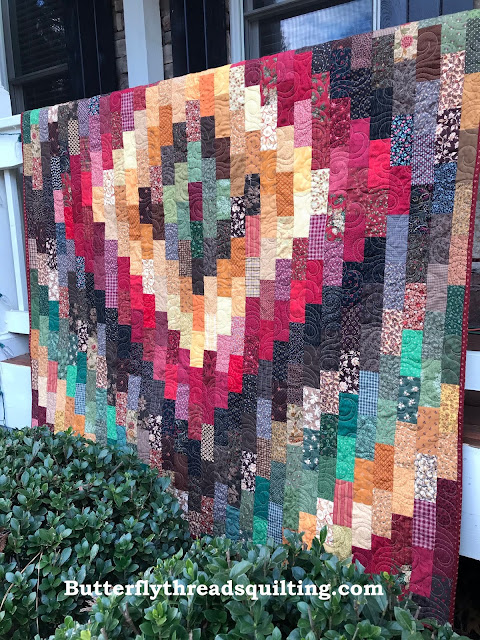 I now have one less UFO (unfinished object) and one more quilt ready for donation! Maybe it's time to start re-thinking more of the UFO's that I have and give up on the original plan. It feels so good to have a finish, even if it's not what I originally intended it to be.

I just hope that whomever ends up with this quilt knows that it was stitched with love.