Kitchen Renovation: Before and After 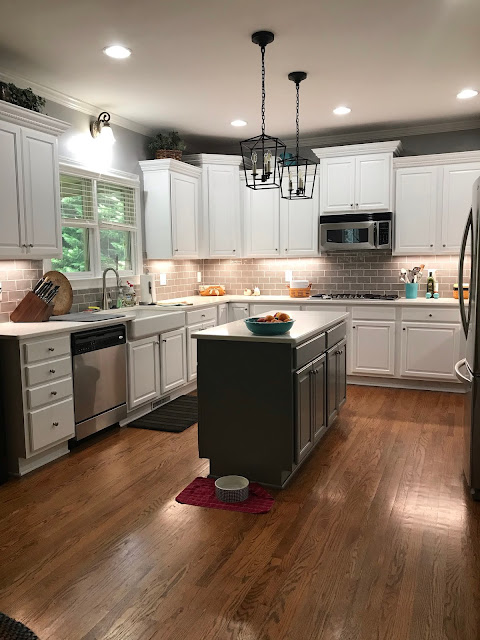 We've never lived in a house long enough to do any major renovations and this was our first venture into remodeling. 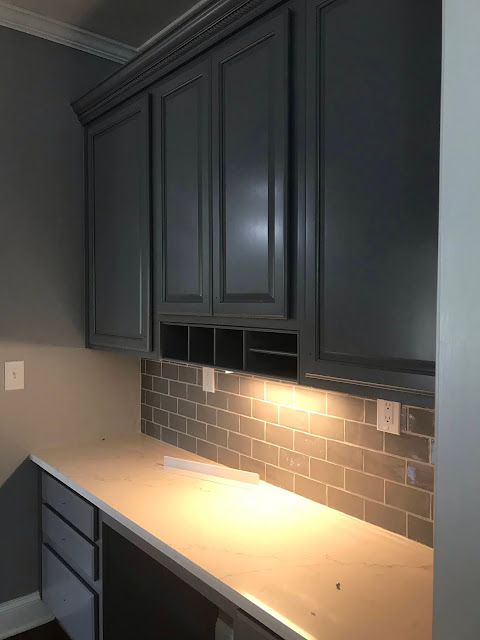 Let me start by blaming my husband. It was entirely his idea. LOL No really. I though it would be nice to have new counters and backsplash but he wanted to go FULL rip out and redo. So we somewhat compromised. (After he saw the quote on how much the full reno would be he decided he could be more flexible.) 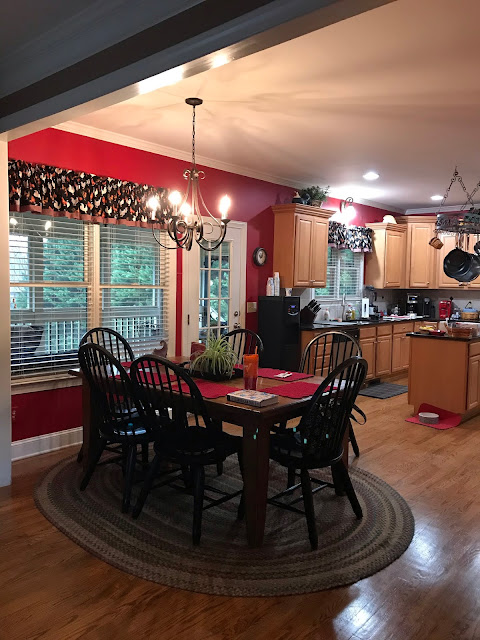 In the end, we decided to get new counters and new tile. While we were replacing the counters, it would require a new sink, so we went with a farm sink option that was huge bonus! We kept our hardware and appliances (two of which have been replaced the others are original but still working.) We also kept the cabinets as they were in good condition, but we had them professionally repainted. We went with a soft white for the cabinets, and dark grey for the island and desk area. We also replaced the pot rack with lighting. 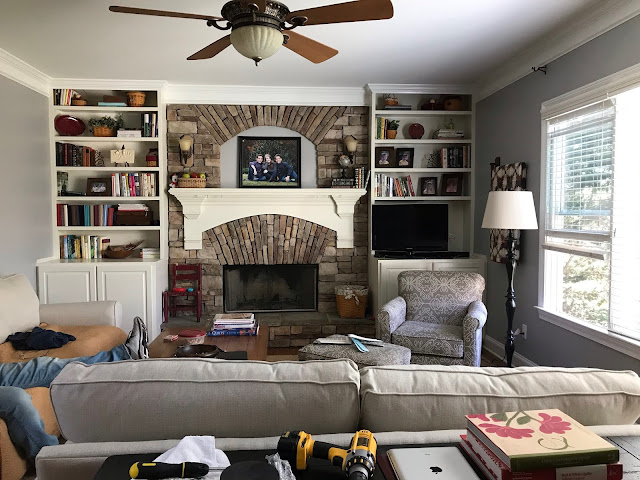 THE SOFAS THAT GOT RETURNED

I love the work that was done, especially the painting. I do not recommend doing a remodel during a pandemic, as it took much longer because only one contractor per day would work (understandably.) The contractors were all wonderful and did great work. Also, all 3 of our college kids moved back home during the process because their campuses were closed. So we used a makeshift kitchen set up in the basement for 3 weeks which was not ideal. 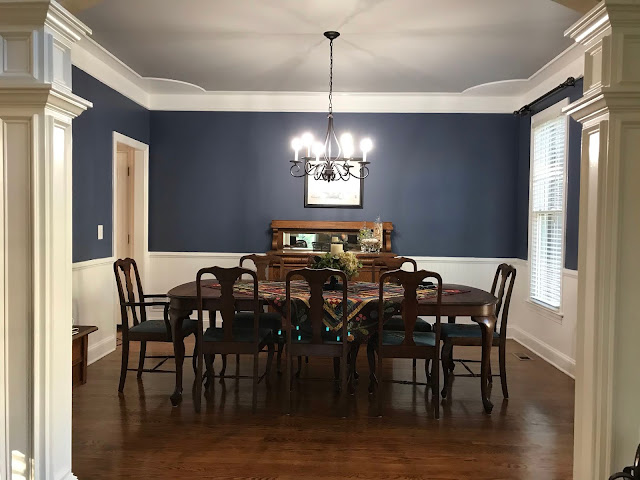 We also had the walls painted a soft grey (Sherwin Williams March Wind) and painted the adjoining family room the same color. While the painter was here, we also had the dining room painted a dark blue, and the office a deep turquoise. 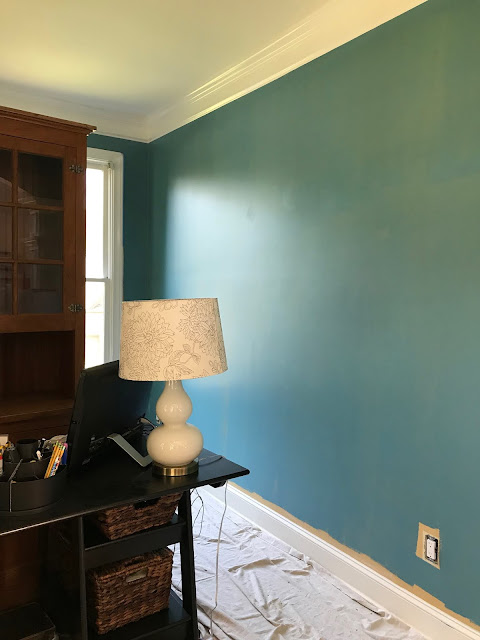 We haven't finished by any means. I've purchased and returned three sets of curtains online. We had the new sofas for the family room delivered but they were incorrect, so we are waiting for the new ones to arrive hopefully in July. There are still walls in need of decor (quilts to make) and new accessories for the new color scheme. But those will come as I find them. 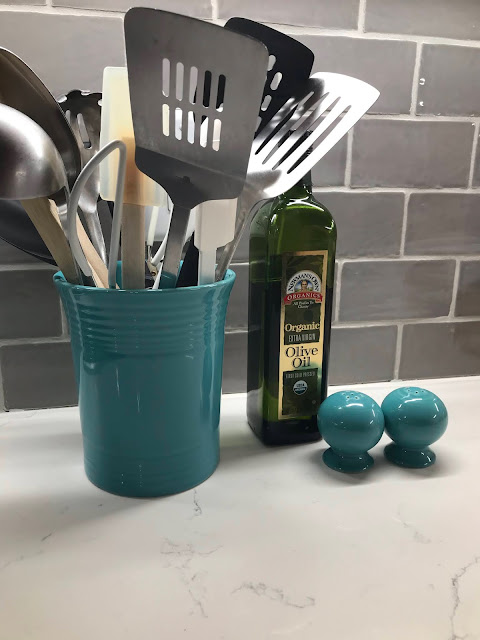 While I'm thrilled with the result, I won't be anxious to do any more remodeling any time soon. Yikes that was nuts. Much wine was consumed during the construction phase of the process.