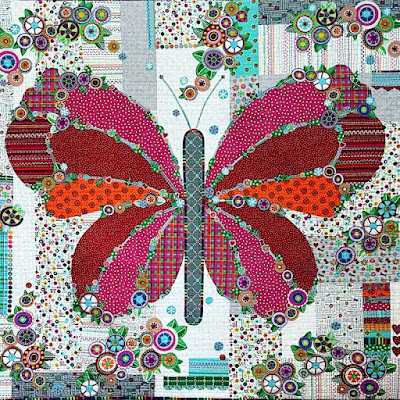 When I designed Daisy Talk I knew I wanted to create fabrics with fussy cut possibilities. I wanted fabrics that would be fun to use for patchwork but also fun to cut up and rearrange and collage or applique with. I had a blast doing just that making this butterfly quilt. 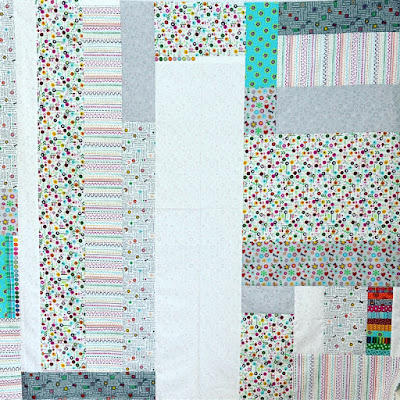 I wanted a patchwork background and that was easy. I laid out scraps and chunks and just started sewing them together. I also added some selvages and some smaller patchwork just for fun. 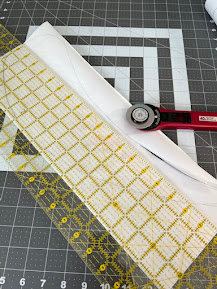 I then sketched a butterfly on freezer paper and cut out the pieces along with the reverse pieces for the other wing. 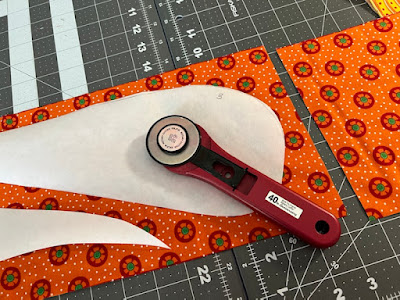 Freezer paper is great because it's cheap and sticks to the fabric when ironed on. And it is easily removed with no marks left behind. 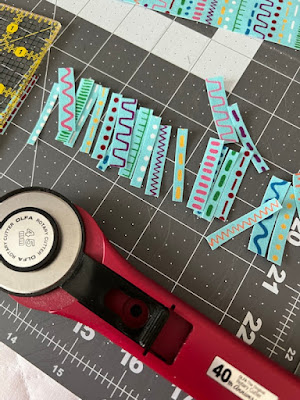 The stitch fabrics were fun to fuse then cut into smaller segments. 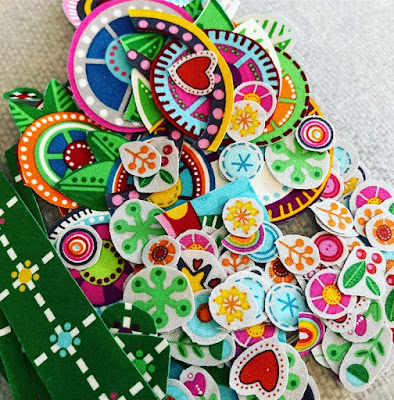 The flowers were cut in groups and individual shapes as well as just parts of the flower for leaves or smaller bits. I also cut motifs and leaf shapes from the green fabrics as well. 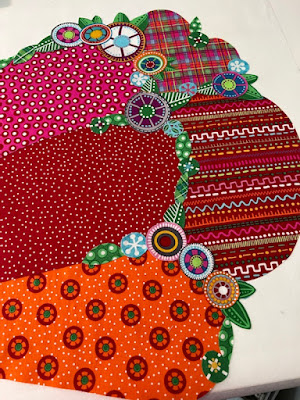 I fused the fabric pieces to the stabilizer and then started filling in all the gaps between the pieces with the fussy cut bits from the large floral, the grey emoji and some of the green prints. I chose to leave some of the outside edges 'uncollaged' to create a crisp shape of the wings.

Then all had to do was add lots and lots and lots of flowers and leaves and shapes to the background. I kind of imagined what it would look like if the flowers were blown in the wind. I might have gone slightly overboard but too much is never enough. Didn't someone once say that? 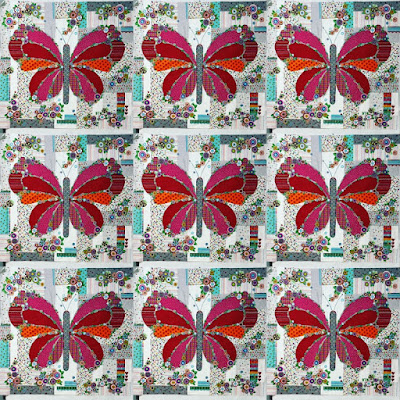 Speaking of too much, I created this layout in an app and think its fun a repeat of the design. I plan to make a smaller version of the butterfly because this one is HUGE. I also plan to create a pattern and a kit and offer it as a class if you are interested. Leave a comment and let me know what you think!
I think it turned out really fun even if I was just "Winging It"
XOXO